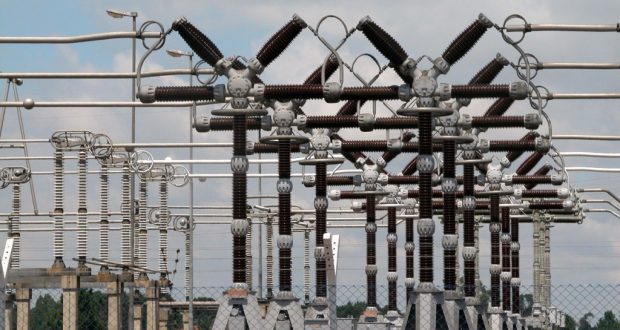 The electricity Distribution Companies (Discos) in Nigeria made a total revenue of N772.7 billion in 2021 in spite of mounting power supply challenges nationwide, a Nigerian Electricity Regulatory Commission (NERC) report has revealed.

An analysis of the four-quarter report released by the sector’s regulatory agency showed that in the first quarter, the Discos raked in N183.73 billion while it collected N185.29 billion in the second quarter.

In addition, in the third quarter, invoice from billed customers stood at N193.53 billion and was N210.17 billion in the last quarter of the year under review.

Nigeria has for over 40 years grappled with severe shortage of supply of reliable power supply despite past and the present administrations’ expending trillions of naira to resolve the problem.

The Muhammadu Buhari administration alone has spent over N2 trillion in offsetting some of the financial obligations in the power supply system, even with data pointing to a decline in the availability of electricity available.

Nigeria has less than 5,000 megawatts of supply daily and an installed capacity of about 13,000mw, compared to for instance, 57,000mw by Egypt, but even at that, the meagre supply is hobbled by transmission and distribution challenges.

Electricity consumers in the country have complained of ‘crazy bills’ and estimated billing, although operators believe that customers are billed far less than what it takes to generate, wheel and distribute electricity to their homes.

But the NERC report stressed that collection efficiency, which is an indicator of the proportion of the amount that has been collected from customers relative to the amount billed to them by the Discos, remains a challenge.

“For various reasons, many customers continue to default in payment of their billed amounts resulting in commercial losses,” it stated.

However, N210.17 billion was the total revenue collected by all Discos in Q4, out of N303.11 billion billed to customers, translating to a collection efficiency of 69.34 per cent.

On the contrary, Enugu, Ikeja, Yola and Kaduna Discos recorded increases in collection efficiency between the two quarters, the sector regulator added.

Although the amount collected by Ibadan and Jos Discos increased between 2021/Q3 and 2021/Q4, their collection efficiencies declined by 10.48 and 6.24 per cent respectively.

“A decrease in the collection efficiency can be explained by the fact that the increase in collection is lower than the increase in billing. This highlights a problem most Discos face because increasing their billing efficiency usually means increased billing of rural/smaller customers who are often less likely to pay,” NERC stated.

In the second quarter, N185.29 billion was collected out of the total bill of N268.97 billion billed to customers, recording a marginal increase of 0.34 per cent in the Discos’ collection efficiency.

NERC attributed the overall improvement to the combined effect of the commission’s regulation that placed caps on the amount of energy that a customer in a given tariff class or band may be billed on estimation and the mass metering programme.

“The capping regulation addresses customers’ displeasure with estimated billing which often resulted in an unwillingness to pay. The increased share of customers on prepaid meters reduces the incidences of unpaid bills, ”it added.

In Q2, the overall average Aggregate Technical and Commercial Collection Losses (ATC&C) for all the Discos was 50.01 per cent.

The NERC report added that there was the imperative for Discos to intensify efforts in revenue collection to improve on their cash flow, operational performance and in meeting their contractual obligations.

In the same vein, In Q1, N183.73 billion was collected out of the total bill of N273.38 billion, in contrast to the preceding quarter, with a marginal improvement in the Discos’ collection efficiency.

Share about us
2022-10-05
admin
Previous: Buhari to Confer National Honour on Rainoil Boss
Next: NNPC Grows Profit to N674 Billion in 2021