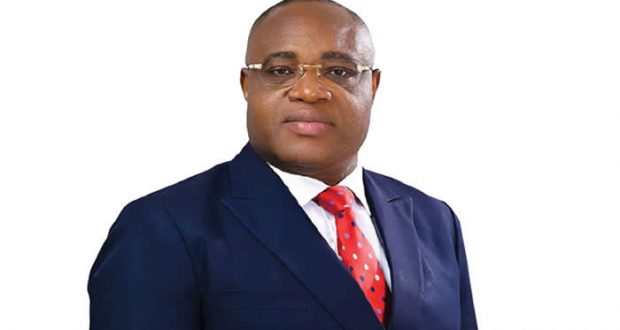 Group Managing Director of Rainoil Limited, Dr. Gabriel Ogbechie, and other 437 Nominees are to be conferred with the National Honours Award on October 11, 2022, by President Muhammadu Buhari at the International Conference Centre, Abuja.

Ogbechie, who is to be conferred with the Officer of the Order of the Niger (OON) for his contribution to Nigeria oil and gas sector, has distinguished himself not only as a dynamic business administrator, innovative director and technocrat but also shown a high degree of integrity and transparency in both private, religious, and public affairs.

According to the letter, the approval was in the exercise of President Muhammadu Buhari’s power as enshrined in the National Honours Act No 5 of 1964.The letter reads in part; “I have the honour to formally inform you that the President of the Federal Republic of Nigeria, His Excellency, Muhammadu Buhari, GCFR, has approved the conferment of the National Honours on you, in the rank of OON (Officer of the Order of the Niger).”

Also, Ogbechie seats on the board on a number of companies operating in the financial services, oil and gas, agro-allied and real estate sectors which include Norsworthy Agro Allied Company Limited, Fynefield Ltd, Eterna Plc etc

As the founder and Group Managing Director Rainoil Limited. He has over three decades cognate experience in the Nigerian oil and gas industry and has also made a strong commitment in the development of sports in Nigeria, through sponsoring of annual Rainoil tennis tournament.A graduate of Production Engineering from the University of Benin, Gabriel began his early career as a factory engineer between 1989 and 1991, and subsequently joined PricewaterhouseCoopers, a leading firm of Chartered Accountants and Management Consultants.