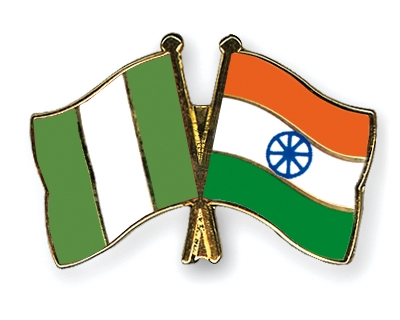 NNPCL Partners with India to Boost LPG Accessibility in Nigeria

The Nigeria National Petroleum Company Limited (NNPC Ltd.) says it is partnering with India and other stakeholders to enhance the accessibility and affordability of liquified petroleum gas (LPG) in Nigeria.

The summit, themed, ‘Energising the future: leveraging the Indian experience to achieve Nigerian national LPG aspiration,’ was targeted at learning and implementing India’s successful LPG models and advancements in the last 10 years.

Kyari, represented by Adeyemi Adetunji, the group executive director, downstream of the NNPC, said in 2016, the Indian government pursued an intensive LPG penetration drive in the country, providing free cylinders, stoves and valves to end users.

According to the GCEO, NNPC is positioned to deploy 740 LPG micro distribution centres and 37 filling plants in its 541 gas stations within the next three years, to increase Nigeria’s 1.7 million tonnes of LPG consumption recorded last year.

“Nigeria has identified its abundant gas resources as fuel for energy transition which informed her net zero commitments by 2060 and the declaration of 2021-2030 as decade of gas,” he said.

“NNPC is collaborating with the office of the vice-president and other stakeholders on establishment of Gas Funding Company Limited for the injection of 20 million cylinders in the next five years under the marketer cylinder owned model.”

On his part, Shrikant Vaidya, chairman, Indian Oil Corporation Limited, acknowledged LPG as a transformational fuel capable of lifting the country out of poverty, adding that learning from the Indian experience would eliminate the use of firewood, coal and kerosene by millions of Nigerians for cooking.

Citing a report by WHO, Vaidya said “smoke inhaled by women from unclean fuel is equivalent to smoking 400 sticks of cigarettes in an hour. Thus, ruining their health. Moreover, by releasing LPG connections directly into their homes, it empowers rural women.”

“Driven by the inspiring stewardship of the NNPC, the Nigerian energy market is also one of the impressive growth trajectories,” he said.

“I’m sure that [the] presence of officials from NNPC, Indian Oil and World LPG association at the summit will enrich the deliberation bordering global LPG penetration.”

Also speaking at the event, Adeyemi Dipeolu, special adviser to the president on economic matters in the office of the vice-president, said the federal government hopes to convert 30 million households to the use of LPG by 2027.