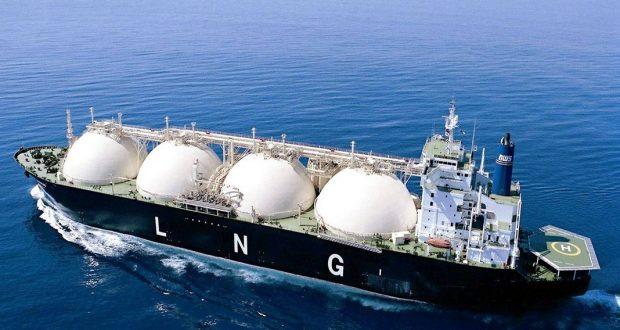 Portugal’s European Union (EU) Environment and Energy Minister, Duarte Cordeiro said his Country could face supply problems this winter if Nigeria does not deliver all the Liquefied Natural Gas (LNG) it is due to, said yesterday.

Asked whether with many countries now looking for alternatives to Russian gas there was a chance that Nigeria might not meet its LNG supply volumes, Cordeiro said that while the government had given Lisbon assurances that it would do so, “there is a risk of it not complying”.

“From one day to another, we may have a problem, such as not being supplied the volume of gas that is planned,” Cordeiro told a conference in Lisbon hosted by CNN Portugal.

A Reuters report stated that Cordeiro did not say what would prevent Nigeria supplying the LNG it was contracted to.

However, oil and gas output in Nigeria has been throttled by theft and vandalism of pipelines, leaving gas producer Nigeria LNG Ltd’s terminal at Bonny Island operating at 60 per cent capacity, the report said.

Nigeria LNG, which is owned by state-oil company Nigerian National Petroleum Company (NNPCL) Shell, TotalEnergies and Eni , it said, did not immediately respond to a request for comment.

Although Portugal has its gas reserves at 100 per cent of storage capacity, Cordeiro said that if fewer Nigerian LNG deliveries did not materialised , it would have to look for alternative supplies.

With other European countries doing the same, this would likely lead to higher imported gas prices, he said.

Portugal last year imported 2.8 billion cubic meters of LNG from Nigeria, or 49.5 per cent of total imports, while the United States was the second-largest supplier with a share of 33.3 per cent.

Its other suppliers include Trinidad and Tobago, Algeria, Qatar and Russia, the latter accounting for just 2% last year.

Portugal is “diversifying its suppliers to increase the country’s energy security”, Cordeiro said, adding that it is adopting strategies to lower gas consumption, while boosting its already high production of electricity through renewables.

“Portugal has been preparing, like all of Europe, for what will be a difficult winter,” he said, urging the European Commission to move forward with the implementation of a joint gas purchasing platform and defining import prices.

Meanwhile, the Organisation of Petroleum Exporting Countries (OPEC) fell a whopping 3.6 million bpd below its oil production target in August, with the gap widening from 2.9 million bpd in July.

While OPEC members were 1.399 million bpd behind the quota, non-OPEC producers were more than two million bpd below their quota, according to oilprice.com.

Russia and Nigeria were the two biggest laggards of their respective groups, and OPEC+ will likely fall even further behind its production quotas in September.

The OPEC+ group continues to vastly underperform its collective oil production target, with the gap between the quota and actual output widening to a massive 3.58 million barrels per day (bpd) in August, according to delegates and OPEC data Argus had seen.

In August, the two biggest laggards in production quotas were Russia of the non-OPEC group and Nigeria of OPEC, the data showed. Russia’s oil production was 1.25 million bpd below its target, while Nigeria was 700,000 bpd behind its quota.

Russia’s output is constrained by the Western sanctions following the Russian invasion of Ukraine, while Nigeria has had troubles for years with a lack of investment and oil theft.

Persistent underinvestment in the Nigerian oil industry and the perennial problem of oil theft from pipelines have plagued the sector in recent years. Oil majors are not investing in Nigerian supply, and many foreign firms have either sold assets or signalled they would pursue divestments in Nigeria’s oil industry.

OPEC+ was widely expected to continue to underperform by a lot compared to its production targets for July and August after the group decided to accelerate the rollback of the cuts and have them completely unwound by the end of August.

The underperformance in September will be even higher because the group lifted its collective target by 100,000 bpd for the month of September. This increase will be reversed in October, OPEC+ decided at a meeting earlier this month.