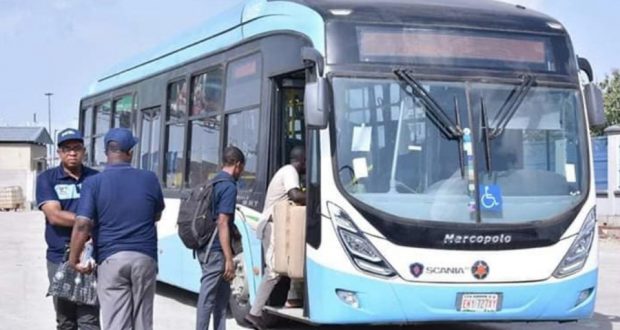 CNG-Powered Buses for Use on Marina-Ajah, Epe Routes — LAMATA

The Lagos Metropolitan Area Transport Authority (LAMATA) says the pilot phase of the use of Compressed Natural Gas (CNG) powered buses for passenger operations will soon begin on Marina/CMS to Lekki and Ajah-Epe routes.

LAMATA’s Consultant, Corporate Communication, Mr Kolawole Ojelabi, made this known in a statement on Monday in Lagos.

Ojelabi said that under the pilot phase, 10 high occupancy vehicles would be deployed for the service.

“The operation, franchised to a bus operating company named Femadec, will progressively increase the number of buses to 100 after data has proven the sustainability of the use of CNG.

“LAMATA has over the years been involved in studies aimed at alternative fuel energy sources in transport operations.

“The deployment of buses powered by CNG will provide useful data for future decision on wholesome wide use of such buses for passenger transit operations in Lagos.

“CNG burns cleaner and reduces carbon monoxide by more than 80 per cent when compared to traditional petrol and diesel.

Ojelabi said the bus operating company would have its operational base at the Ajah Terminal.

He said that it would also make use of the bus shelters along the Lekki-Epe corridor for its operation.

Share about us
2022-08-30
admin
Previous: DISCOs Capacity Rises by 19 Percent After Privatisation
Next: Kyari: NNPCL Taking Steps to Decarbonise Operations