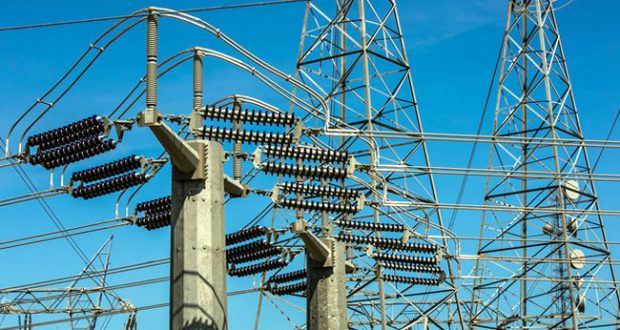 The national grid, yesterday, crashed to zero megawatts, throwing businesses and homes across the country into darkness as workers at the Transmission Company of Nigeria (TCN) embarked on strike.

This latest grid collapse, nearly the 10th this year, is coming amid high cost of diesel, which is already hovering above N800 per litre, as well as increasing cost of Premium Motor Spirit (PMS) despite the over N5 trillion subsidy currently being paid by the Federal Government.

Although the power sector was privatised about eight years ago, the transmission segment, which wheels electricity from the generation plants to the distribution segment is still controlled by government.

The National Union of Electricity Employees (NUEE) had called for an immediate industrial action with threat to withdraw service yesterday.

Nigeria may record over N3 billion loses daily over the strike action embarked upon by electricity workers.  Nigerian Bulk Electricity Trading (NBET) Plc earlier stated that electricity invoices in the country average N60 billion monthly from the national grid, translating to about N720 billion every year. With existing subsidy being incurred by government, the daily cost of the strike may hover around N3 billion.

While the generation companies (GenCos) had already signed supply agreements with gas producers, who must be paid, power companies like Azura power plant must be paid the amount of energy they claim to be generating whether they are consumed or not.

In a circular with number 012/2020 dated 15-08-2022, National Secretary of the association, Joe Ajaero, said the action became imminent due to the directive of TCN board that all staff in acting capacity going to assistant general manager must appear for promotion interview.

Ajaero said: “This directive is in contravention of our conditions of service and career progression paths, and unilaterally done without the relevant stakeholders.” He added that the reason for the industrial action also included stigmatisation and prevention of staff from the office of the Head of Service of the Federation from working in other areas in the power sector and refusal of the market operator to fund the payment of entitlement of the defunct Power Holding Company of Nigeria (PHCN) ex-staff, as agreed in the December 2019. .

The union had earlier issued a 14-day ultimatum to the Chief Executive Officer of TCN on May 18, threatening to down tools if its complaints were not resolved.

Spokesperson of TCN, Ndidi Mba, said the national grid was shut down by the union around 3:00p.m. yesterday after many 330kV transmission lines and 33kV feeder-lines across the power system network were switched off.

“Regrettably, this is coming weeks after we had emerged from hectic grid management regime, precipitated by paucity of generation, which we grappled with for months. It would be recalled, in tandem with the initiative of the Nigerian Electricity Regulatory Commission on Partial Activation of Contracts – coupled with the stream of interventions by the Ministry of Power and other stakeholders in the Value Chain – grid generation (at peak) had reached 4,830.69MW as at Tuesday, August 16, 2022,” she said.

Promising that efforts are being made to restore the grid as quickly as possible, Mba hinted that the Ministries of Power and Labour & Employment were meeting with the union to resolve the issues.

Amid the collapse of the grid, NUEE, yesterday, said the nationwide blackout would continue until their grievances were resolved. This was notwithstanding the emergency meeting the Minister of Labour and Employment, Dr. Chris Ngige, had with the union.

A source at the meeting vowed that the workers would not resume until the Federal Government meets all their demands.

ELECTRICITY workers, last night, suspended the industrial action, which began yesterday afternoon. Though the workers switched off power supply, a statement by Head, Press and Public Relations of the Minister of Labour and Employment, Olajide Oshundun, said the Minister apprehended the strike.

He said: “Dr Chris Ngige has apprehended the strike embarked upon by NUEE following an emergency meeting between the union, government and other stakeholders, at the instance of the Minister.

“At the end of the meeting, the Secretary General of NUEE, Joe Ajaero, assured the Minister that all necessary steps would be taken to restore the supply of electricity to the country immediately.”

Efforts at reaching the General Secretary of NUEE, Joe Ajaero, were abortive as he did not answer his phone calls, but a source confirmed that the union has suspended the strike by two weeks.

NUEE officials picketed the Mando TCN station in Kaduna State and other stations across the country, shutting down operations and forcing workers out of the company’s premises before locking the gate with their own key.

Earlier, stakeholders lambasted the Federal Government for allowing union issues to go out hand before intervening. The FCT Branch Chairman of NUEE, Godfrey Abah, stated that the strike would remain until government meets their demands.

“As citizens and as labour union, we want supply to be everywhere, but you know that the only weapon we have is to withdraw our service and that is what we have done. We have withdrawn our service to enable government attend to our needs and do what is right. The ball is in the court of government and they know what to do. We are ready for negotiation,” he said.

The 11 distribution companies (DisCos) across the country had in separate notices blamed the blackout on the striking workers. Head Corporate Communications, Enugu Electricity Distribution Company PLC (EEDC), Emeka Ezeh, said all feeders supplying the company were out, thereby, affecting supply to customers in Abia, Anambra, Ebonyi, Enugu and Imo states.

“Consultations are ongoing among critical stakeholders in the power sector to address this issue and possibly restore supply.

“The EEDC management hereby encourages customers and neighbourhood associations to be vigilant and protect the electrical installations within their environment against elements who might take advantage of this outage to vandalise these installations,” he said.

Kaduna Electric also said the development interrupted power supply to Kaduna, Kebbi, Sokoto and Zamfara states due to ongoing disputes between the union and government.

The situation was the same in the Federal Capital Territory (FCT), Kogi, Niger and Nasarawa states. “We wish to inform our distinguished customers that the interruption being witnessed in our franchise area is due to the ongoing industrial issues between NUEE and TCN.

“We assure all stakeholders that we are working hard to ensure that a mutual and amicable settlement is attained and power is restored forthwith,” the company said in a statement.

Lagos State was also hit by the blackout as Ikeja Electric Plc and Eko Electricity Distribution Company (EKEDC) confirmed the development in separate public notices to their customers. The DisCos said the picketing of TCN by the union members had plunged customers under their networks into darkness.

DESPITE the lingering crisis in the sector, the Federal Government, on Wednesday, gave reasons why it is unable to reach its promised target of 5,000 megawatts of electricity generation for consumers, specifically citing shortage in gas supply. The government said, however, that it is working round the clock to ensure that it raises the capacity to the required level.

The Minister of Power, Abubakar Aliyu, spoke while briefing newsmen at the end of the hybrid Federal Executive Council (FEC) meeting presided over by President Muhammadu Buhari at the Presidential Villa, Abuja.

He said: “I’ve been watching since like yesterday (Tuesday) evening, we had a generation of over 4000, around 4,600 megawatts. And you know, we told you since July 1, that we’ll be able to raise it up to 5,000 when we activated the contract. And we have not been able to do so, due to some issues around gas contracts, gas to power, which we are trying to take care of. And we have gone very far with that, and I believe, is for that reason that we’re able to reach up to 4,600, as of yesterday (Tuesday).”

He said whereas the government had entered into a firm contract with NBET Plc, power generation had remained around 4,000 megawatts because of the problem of gas.

“So, this is what is happening. You will be experiencing this fluctuation due to all these issues around gas to power, because gas is not something that we control directly, you have to pay them, they will not give you gas until you pay. So, we are looking at ways to solve that issue. It is the reason why we are unable to reach that 5,000 we promised you by July 1 of this year.”

Aliyu assured that every necessary ingredient has now been obtained to resolve the problem as his ministry was working round the clock to improve the situation.

The Minister also revealed that FEC approved N2,740,000,000, the revised estimates for the updated rates of building structures of compensation and resettlement of the communities affected by the construction of 700 megawatts Zungaro Hydro electric power project,” he said.