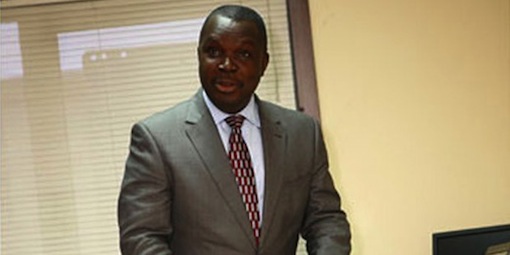 …..Cessation of funds by the IOCs resulting to divestment gives room for abandonment and vandalisation of assets……..

Giving his keynote presentation at the Nigerian Association of Petroleum Explorationists (NAPE) workshop on divestments, Mr. Austin Avuru, founder, Chairman and Chief Executive Officer (CEO) of AA Holdings Limited, explained that the history of Nigeria oil production started from 1970 with traditional oil terrain in shallow offshore but the key thing is that over the long period of time, the country managed to maintain just about 2 million barrels of oil per day.

Notwithstanding, sometimes in 1995, due to upward trend, the country was bullish to start projecting 3 to 4 million barrels a day with 30 to 40 billion reserves. Ultimately, Nigeria progressed in its reserves to 40 billion which the country should have maintained with an improvement.

In 2012, number of combinations of things happened hence the blame on the country’s current 1 million barrels per day production on oil theft. Operators in the industry have blamed Nigeria low oil production responsible for not meeting up with Organisation of Petroleum Exporting Countries (OPEC) quota to oil theft becoming the new lexicon in the industry. Due to the blame on oil theft, the downward trend began.

According to the former Seplat Energy Plc Boss, this was the point about ten years ago at which multinationals were contemplating divestment. There was a sharp decline in investment capital and money was no longer being spent in the industry. “To keep the 2 million flat production that the country had twenty years ago, there was a minimum spent for capital.” Facilities maintenance and everything that was required to produce on constant basis of 2 million barrels per day declined. There was a minimum capital injection that is required and when the money is not spent, it shows geometric proportion going forward. Hence, “If you don’t spend money in the industry to maintain existing facilities and do further development, there will be decline.”

Decline started from the point where capital injection into the industry started declining almost to zero level which is the real reason why Nigeria is unable to produce and meet up with OPEC quota, it is not about oil theft has alluded by some industry operators.

On the price of diesel, Avuru said it cost 1 cent more than it cost a year ago in cents, but a combination of crude oil price being $110 and exchange rate of N630 quadrupled price of diesel in naira.

Going forward, he submitted that TotalEnergies might be the only Joint Venture among the International Oil Companies (IOCs) after others would have left. “From the point when the multinationals thought of leaving they stopped spending and when you stop spending or managing existing facilities, practically those facilities have been surrendered to vandals.” When Shell was producing 1 million barrels per day, it spent money on maintenance and surveillance.

He bemoaned lacklustre attitude of industry players on the aspect of funding which gives rise to vandalism as facilities have been surrendered to vandals. Practically speaking, the current decline in production is when all the big spenders in the industry ceased from funding it. Since they were planning to leave they stopped spending.

On the aspect of divestment, “So what really should have happened if the big operators were leaving and therefore stop spending that kept the industry going, there arose a critical transition in the industry that have been managed properly by key firm regulators.”

Since the multinationals are leaving, “Who are those to replace them? And how do we place them and what is the due process?” Although the Nigerian Upstream Petroleum Regulatory Commission (NUPRC) manages and control the application of buyers which is a good step in the right direction.

In his recommendation, Avuru said the industry will not be alive or survive until regulation and regulatory authority re-awaken to its enormous responsibilities. Commenting on Nigerian National Petroleum Company Limited (NNPCL) that has metamorphosed into a commercial entity that will be regulated going forward, it will not play a role in managing the transition. “I hope the regulators know the responsibility placed on its shoulders, this industry will live or die and the responsibility will be placed on the shoulders of the regulator.”

How has Nigeria mismanage its transition, the country had 10 producing companies and six multinationals to deliver 2 million barrels per day for 20 to 25 years but eventually the IOCs are leaving and local operating companies emerged. “The larger the number, the lower the production.” More players, less activities, less production and no business continuity. It is tantamount to what could have happened to the banking industry, if Central Bank of Nigeria (CBN) did not intervened when the financial sector was almost torn apart when it had issues.

However, Nigeria Communications Commission (NCC) was able to regulate the telecommunication industry and brought positive revolution to it without much interference from government. NCC as a regulator performed well in the telecom industry with results.

This is the kind of regulator the oil industry needs.

Avuru pointed out that Nigeria has the resources and to reverse the trend, it is the responsibility of the regulator to assure integrity of assets. “We have to arrest national decline interest and focus on domestic energy security through domestic refining and gas processing with in-country consumption.”

He gave his insight on gas as the future energy for Nigeria. Thus, “Everybody is saying that gas is the future, where are the gas investments. Point on your fingertips today the number of companies involved in gas investments other than Seplat, I don’t know who else.”

“Everybody is talking about gas, where are the investments we are looking for in gas?”

He emphasised on domestic refinery which is a good idea but there a lots of issues to contend with local operators because there is a mismatch with the person who sells crude in dollars and the seller who sells products in naira. It is not easy to get dollars from the CBN to buy crude. There are three modular refineries lying idle with no crude for operations.

There is need to reconfigure the architectural framework with enhanced security measures and technological surveillance of pipelines. “We have do the right thing in terms of full inclusiveness with host communities, the communities will work with us.” Those operators who have worked well with the communities have testified that their problems are not restiveness.

He said the new buyers of assets including indigenous companies should have major exploration or appraisal campaigns. Full exploration appraisal to backup development and production activities.

On the transformation of Nigerian National Petroleum Company as a limited liability company as currently constituted, when asked if he would invest in the company since it is going to be quoted in the Nigerian Stock Exchange, Avuru said he would invest after observing the prospect and performance of the company.

Most of the global financial institutions have the capacity to support upstream development but are limiting their support on fossil fuel for cleaner energy due to decarbonisation, but the crisis in Ukraine shows that 8 billion people on earth still need energy and clean environment which shows that fossil fuel still has its own advantage.