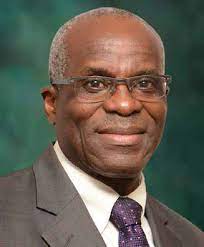 ND Western Limited, an independent Nigerian oil and gas exploration and production company has shut down gas supplies to some gas off- takers over N100 billion debt owed the company.

The Executive Vice Chairman of ND Western Limited Layi Fatona said that this debt was uncured by some gas off takers over a period of time and because they have refused to pay the company has no option rather than stop the supply of gas to them. This debt he said has not help to increase and expand the company’s gas production and supply plans.

Speaking yesterday during a panel session of the Nigerian Association of Petroleum Explorationists (NAPE) divestment workshop titled “The Big Sale: Opportunities in the Nigerian Oil & Gas Industry from Asset Divestments”, Fatona said ND Western is one of the major suppliers of gas in Nigeria both to NLNG and to the West African subregion.

The ND Western Vice Chairman explained that gas is a very important aspect of the business of ND Western limited. According to him there is a great prospect in the gas sector. However, he pointed out that one of the challenges in the gas business is infrastructure and this has also hindered to an extent the ability to supply more gas to off- takers.

He expressed delight that ND Western has been able to pay it’s $600 million loan facility used to develop OML 34 from GT Bank. This he said was possible because of the successes ND Western had recorded in it’s gas business over the year.

Meanwhile the federal government has challenged Indigenous Petroleum Producers Group (IPPG) to take advantage of the ongoing divestments by International Oil Companies (IOCs) to significantly increase their investments in oil and gas assets in Nigeria.

Speaking also as chairman and special guests, at the NAPE workshop in Lagos, the Minister of State Petroleum Resources Chief Timipre Sylva said IPPG should see the divestments by IOC in oil and gas assets in Nigeria as opportunity to step in to fill the gaps in the sector.

He urged IPPG members to strive to move their present contribution “in production and reserves to at least 50%, from about 30 percent for crude oil and 20% for gas production, as well as 40 percent and 32 percent for oil and gas reserves, respectively”.