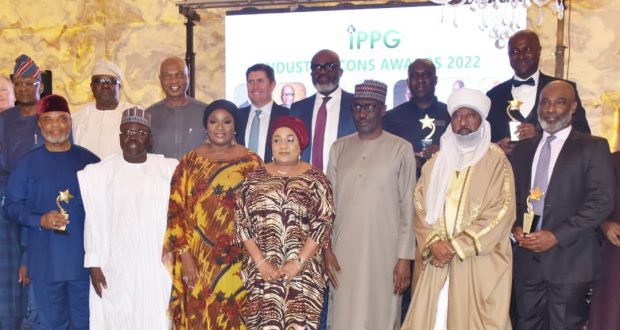 The Independent Petroleum Products Group (IPPG), has honoured some of its members in celebration of the industry icons. According to Abdulrazaq Isa, Chairman IPPG, the event was held to recognise individuals who contributed immensely to the sector in the past years.

In a keynote speech at the gala dinner, the Chief Executive of the Nigerian Upstream Petroleum Regulatory Commission (NUPRC), Mr Gbenga Komolafe, said that with the surging participation of Nigerians in the oil and gas sector, local operators are now responsible for as much as 50 percent of natural gas production and 30 percent of crude oil output. Komolafe stated that at least 29 assets have been divested in recent years and are now being operated by Nigerians.

The NUPRC chief executive said that the IPPG remains a major force in the exploration of the nation’s hydrocarbons resources for optimal value addition, promising to ensure a clement regulatory environment for the oil producers. He urged IPPG to remain competitive, adopt innovation in decarbonisation and cost efficiency, ensure good relations with host communities and be prepared to make the right investment in gas infrastructure.

The IPPG is an umbrella body of the indigenous Petroleum Exploration and Production (E&P) companies in Nigeria. The Group was established in 2015 with the primary objective of promoting and advancing the development of the Nigerian energy industry. It has 25 members which engages government and other industry stakeholders on matters affecting the industry with a view to realising a sustainable industry aspiration and maximising its contribution to the socio-economic development of Nigeria.

Abdulrazaq Isa, Chairman IPPG, said that improving in-country value extraction of Nigeria’s hydrocarbon resources and supporting the country’s energy security remain one of the lofty goals of the group. He commended the President, Muhammadu Buhari, for his steps to lift the petroleum industry through the passage of the Petroleum Industry Act (PIA) as well as his support for the group and lauded the transparent conduct of the recent marginal fields bid rounds.

Share about us
2022-07-10
admin
Previous: FG Urged to Cut Back Involvement in Downstream Infrastructure as Private Operators Reiterate Commitment
Next: Ardova Posts N1.54 Billion Profit for 2021 with Investment in Cleaner Energy Infrastructure