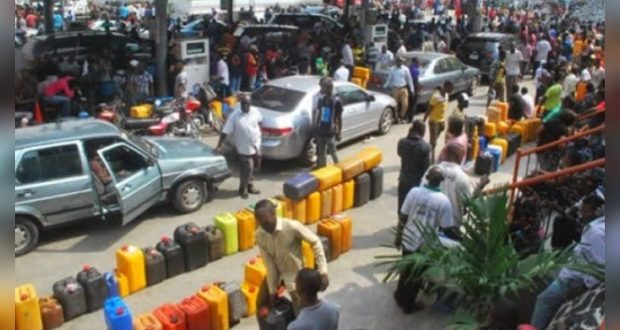 Scarcity of Premium Motor Spirit (PMS), otherwise called petrol, surfaced again, yesterday, in the Federal Capital Territory (FCT) as the inability of the Federal Government to settle over N100 billion equalisation payment as well as a breakdown of key storage and distribution infrastructure may spread the development across the country.

Already, the Independent Petroleum Marketers Association of Nigeria (IPMAN) has said that Nigerians may have to prepare for the worst as marketers are now without funds to stock products after being owed over N100 billion in the last four months by the Nigerian Midstream and Downstream Petroleum Regulatory Authority (NMDPRA).

This is coming as airline operators, yesterday, called off plans to shut down flight operations in protest against the astronomical rise in the price of jet fuel that currently sells at N700/litre. The operators, under the aegis of Airline Operators of Nigeria (AON), called off the action following backtrack by six out of 10 carriers.

Aviation workers’ unions, however, said there was no going back on the two-day warning strike in protest against workers’ negotiated conditions of service and other welfare issues that have been pending for about nine years.

It is also said that storage and pipeline infrastructure managed by the Nigerian National Petroleum Company (NNPC) have been rendered obsolete by vandals, forcing the country to rely on private facilities.

Also two of the four jetties being used to facilitate transportation of the products are down, forcing the country to rely on only two.

Coming barely two months after the country experienced PMS scarcity, which was blamed on the import of dirty fuel by NNPC and other private companies, marketers said the financial challenges in the sector may in the coming months affect even the supply of diesel that most industrial hubs rely on to cushion the epileptic power supply in the country.

While the spokesperson of NMDPRA, Kimchi Apollo did not respond to questions at the time of filing this report, Vice President of IPMAN, Abubakar Shettima, said NMDPRA management has not shown willingness in addressing the challenges since the Petroleum Industry Act (PIA) brought onboard the NMDPRA, merging Petroleum Equalisation Fund (PEF) with other downstream agencies to form the authority.

“All our money is tied down by NMDPRA. We can’t bring in products without money. The marketers do not have the fund to purchase products. The money is about N100 billion. We have engaged them but without response.

“The scarcity may get worse because if you do not have money, you can’t buy products. Diesel cost is now very high. We spend double to transport our products,” Shettima said.

NNPC had instructed all marketers to ramp up their supplies by doubling their current trucking into the market, the development may remain a mirage given prevailing situation.

Only a few fuel stations were dispensing both in the city center and suburbs of the Federal Capital Territory (FCT) yesterday. The few that dispensed at the actual pump price had very long queues.

While the price was selling for N165 per litre in the city, black marketers have returned to the road, selling the products at about N400 per litre.

On the Kubwa expressway and parts of the city, especially Jabi, Wuyi, Wuse, Central Business District, Garki and others, few filling stations were dispensing amid heavy queues.

Local airlines had earlier notified the Federal Government and the general public of a plan to shut down all scheduled services indefinitely today, over the unbearable cost of aviation fuel.

But in a U-turn yesterday, the president of AON, Abdulmunaf Sarina, said following numerous calls from the highest echelons in government, with promises to urgently intervene in the fuel crises, “AON had acceded to requests to withdraw the action for the time being while we allow for a fresh round of dialogue with the government in the hope of reaching an amicable solution.

“In view of the above and in the interest of national economy and security considerations, AON hereby wishes to notify the general public that the earlier announced shutdown of operations on May 9, 2022, is hereby suspended in good faith pending the outcome of hopefully fruitful engagement with government,” Sarina stated.

However, the undercurrent was more of cracks in the ranks of the AON, following the withdrawal of six airlines from the showdown plan.

As of yesterday afternoon, only Azman Air has notified its customers of the suspension of operations in conformity with the dictate of the AON.

Akwa Ibom state-owned airline, Ibom Air, publicly renounced plans to shut down scheduled operations citing allegiance to the state, travelling public and creditors. Though their officials kept mum when contacted, there were indications that more airlines would as well ditch the position of the AON.

Dana Air, Aero Contractors, Arik Air and Overland soon affirmed the continuation of scheduled operation “in the overall interest of our guests, corporate partners, staff and the industry at large.”

The tell-tale signs of disruption were already self-evident at airports nationwide yesterday. At least, half the number of flights scheduled for Sunday were either delayed or cancelled. “Airlines have run out of Jet-A1,” a source at the ramp hinted.

It is said that fuel suppliers were miffed by AON’s unilateral decision to shut down operations without due consultation with fuel creditors.

“It is already a power-play between marketers and airlines, some of whom owe the fuel suppliers. Immediately AON announced that they were shutting down operations on Monday, the suppliers also stalled fuel supply at the weekend.

“That explains the delays across all networks. Airlines that have good relationships with their suppliers got fuel to operate and those that are heavily indebted are cancelling flights for lack of fuel,” a ramp operator explained.

Nigerian aviation depends on imported jet fuel 100 per cent. Amid weak naira chasing dollars, Jet-A1 Prices are soaring globally with buyers anticipating a worsening shortage as supply dwindles amid sanctions on Russian energy exports. Russia is the world’s largest exporter of crude and petroleum products, and the supply crunch is filtering through to global markets. The cost of fuel has at least doubled in major airports globally.

Director-General of the Nigerian Civil Aviation Authority (NCAA), Capt. Musa Nuhu, said that the problem was beyond the aviation sector and poses a safety risk for airlines to keep operating in the current circumstance.

“The airlines are losing money at the current price of Jet-A1 despite the earlier intervention of the National Assembly. Yes, shutting down has consequences for the national economy, but I cannot force private businesses to operate. Circumstances of their shutdown are beyond aviation. We can only hope that we don’t get to that stage of them going on strike.

“If I force an airline that is making losses to keep operating, that is a safety risk. The solution is affordable jet fuel, which is not within the controls of aviation. That is for the fuel handlers and their regulators and it is for that reason that the National Assembly is meeting with stakeholders this week,” Nuhu said.

Aviation security consultant, Group Capt. Ojikutu (rtd), disagreed with the shutdown option. He said aviation regulations were clear on what to do in the face of the high cost of operations.

Instead of the airlines complying with the Nig. CARs Part18.17.1.1 to prepare new tariffs for the NCAA approval, they prefer to run to the National Assembly and the Executive for concessions. There had been one such government intervention in 2010 and another last year. But for how long shall we are moving against the traffic?”

Meanwhile, the leadership of the House of Representatives has cancelled the proposed emergency plenary session scheduled to hold today over the lingering crisis over the hike in the price of aviation fuel. Clerk of the House, Dr. Yahaya Danzaria, disclosed this via a memo.

He wrote: “I am directed to inform all members, staff, media and the general public that the House hereby cancels the Emergency Plenary Session earlier scheduled for May 9. This cancellation follows the near-resolution of some of the major critical issues in the aviation industry that necessitated the original notice.

“The House appreciates the positive concern, reaction and contributions of all members to these critical national issues. However, the leadership of the House will still meet with relevant stakeholders today, May 9, at 2:00p.m.”

Share about us
2022-05-09
admin
Previous: Nigeria’s Oil Revenue Could Hit N23 Billion in June
Next: Aviation Fuel Sells at N550 in Lagos, N580 Across Other Airports- MOMAN Counters AON Claims