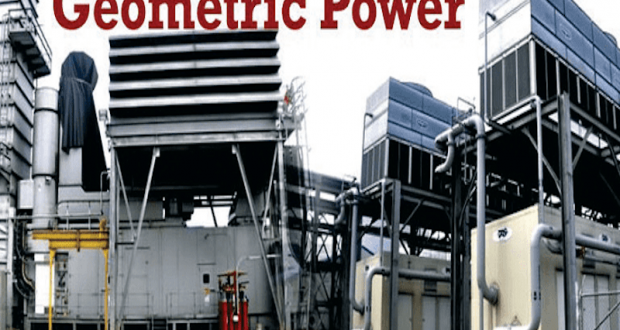 Geometric Completes Retrofitting of Power Turbine in US, Returns Equipment to Nigeria

Hope for the inauguration of the Aba Power Project later this year has been rekindled as the last of the three Geometric Power Company’s thermal turbines sent to Houston, Texas, in the United States for periodic retrofitting is back in the country.

Geometric Power Aba Limited (GPAL) said in a statement issued yesterday, that two of the three turbines sent out in December 2019, to the United States for a comprehensive check at the plant of General Electric (GE), the world’s biggest electricity equipment manufacturing group in the world, have already been reinstalled at the plant.

The power facility is located at Osisioma Industrial Layout in Aba, Abia State. According to the company, the third turbine is now on its way to the plant.

Each of the three natural gas-fired turbines generates 47 megawatts, bringing the total capacity of electricity which can be generated at the Aba Power Project to 141MW, though the plant is licensed to produce 181MW.

“If the demand for electricity grows beyond the current installed capacity of 141MW, we will just acquire one more 47MW turbine, which will bring our generation to 181MW,” explained the Managing Director of Geometric Power Aba Limited (GPAL), Mr. Ben Caven, in the statement.

Though the three GE turbines have not been used to generate electricity since they were installed the first time in 2012 following a dispute with the Enugu Electricity Distribution Company (EEDC), which has been resolved, Caven stated that Geometric Power found it necessary to return them to the manufacturer for review, “because it is in consonance with the best international engineering practice.”

Caven, who was a former Executive Director of the defunct National Electric Power Authority (NEPA), further disclosed that Geometric Power, “is lucky to have sent out our three turbines when it did in December 2019, otherwise the retrofitting would have been delayed for long on account of COVID-19, which the World Health Organisation (WHO) declared a pandemic in March 2020.”

Like the two turbines already installed, he said the third turbine would be installed by KS Energy, an American company based in Turkey and run by erstwhile GE executives.

“KS will complete, commission, operate and maintain the turbines,” the Chairman of Geometric Power and former Minister of Power, Prof. Bart Nnaji, was quoted to have said in the statement.

Nnaji, who also disclosed that KS was investing in the Aba Integrated Power Project owned by Geometric Power group, revealed that the over new 100 kilometres of 33KV power lines and over 40km of 11KVA power lines in Aba built by Geometric Power were installed by Asea Brown Boveri (ABB), one of the two greatest electricity companies in the world.

“We have made conscious efforts to ensure that our service is world-class in every sense,” Nnaji added.

“Rather than concrete electric poles, which are sometimes pulled down by strong winds in Nigeria, we have installed gigantic tubular poles, made from steel, and with 10 metres of each buried in the ground.

“This means that the nine LGAs we will be supplying power will continue to have uninterrupted supply even in the unlikely event of a natural disaster,” Nnaji explained.

Commenting on the Aba Power Project, a former engineer with Texas Power and Light who was to serve as a Senior Manager with the defunct Power Holding Company (PHCN) in Lagos, Mr. Cliff Eneh, said that “many cities in the United States do not have power facilities as sophisticated as what Geometric has built in Aba.

“Geometric Power is truly a model electricity firm,” he said.

Share about us
2022-05-03
admin
Previous: FG Will Achieve Gas-Powered Economy by 2030 – Minister
Next: Nigeria Moves to Check $11.41 Billion Loss from Oil Theft This Year