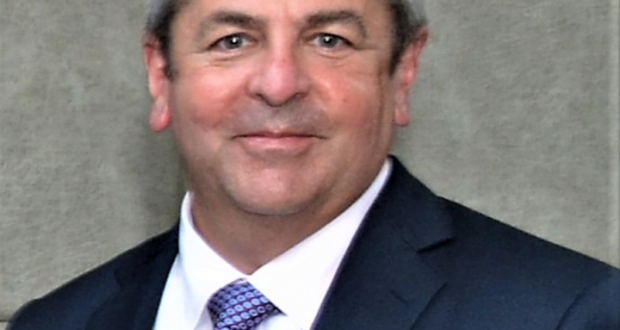 …WHO urges Nigeria, Others On New Strains, drugs, Insecticide Resistance

ExxonMobil in Nigeria has invested over N15 billion on malaria eradication and prevention in the last 20 years.

Activities embarked upon by ExxonMobil to prevent the disease in Nigeria in the last 20 years include funding community education, tools for prevention and treatment, and training of health workers.

Richard Laing, Chairman and Managing Director of ExxonMobil affiliate Companies in Nigeria, said: “This World Malaria Day, we mark ExxonMobil’s contributions over the past two decades that have helped equip and strengthen resilience within our communities to fight against malaria. Thanks to these efforts, Nigeria is better prepared to continue the progress we have made and work toward a malaria-free future.”

According to a statement signed by Oge Udeagha. Manager, Media and Communications Mobil Producing Nigeria Unlimited, these grants, among other scheduled activities for World Malaria Day, mark the 20th anniversary of ExxonMobil’s support for programs to reduce the burden of malaria in Nigeria. For the past 20 years, ExxonMobil’s Malaria Initiative has provided more than $37.4 million (over N15 billion) in cash grants to partners working to develop community-based solutions in Nigeria.

“Continuing this legacy, ExxonMobil has announced its 2022 grant recipients, including:

PanAfricare, in conjunction with NBA Power Forward, to foster the development of youth in Nigeria through sports, life skills and malaria education.
Grassroot Soccer, to use the convening power of soccer to increase awareness of malaria and HIV/AIDS among young people across Nigeria through sports curriculum.
Harvard T.H. Chan School of Public Health, to advance scientific knowledge and understanding to advance progress toward the eradication of malaria.”
ExxonMobil’s Malaria Initiative works with nonprofit partners and leading global health organizations to advance progress against the disease in malaria-endemic countries by supporting malaria education and awareness, improving access to tools for prevention, diagnosis and treatment, strengthening health infrastructure and advancing research and innovation. The initiative continues to support malaria prevention and control programs in Nigeria, a country which currently accounts for more than one quarter of the global burden of the disease.

In honor of World Malaria Day, these partners are focused on leveraging the power of sports and media to reach Nigerian youth, through malaria-themed tournaments and creative radio, television and school-based malaria campaigns, among other activities.

“The prospect of a malaria-free world is in the hands of our youth,” said Kevin Murphy, president of the ExxonMobil Foundation. “We’re proud to support programs that not only protect the youth of Nigeria from malaria but empower them to become the next generation of leaders in the fight against this deadly disease.”

Meanwhile, as the World Health Organisation, WHO has urged Nigeria and other malaria-endemic countries to work on drug and insecticide resistance, as well as focus on new strains of malaria parasite arising from the region, which are more difficult to detect, and treat.

Making the call in her message to mark day, the WHO Regional Director for Africa, Dr Matshidiso Moeti said malaria remains a significant public health and development challenges.

According to her, last year, about 95 percent of the estimated 228 million cases occurred in the WHO/AFRO Region, along with 602 020 reported deaths.

She said six of the countries, the worst impacted by malaria in the Region, were reported to have accounted for up to 55 percent of cases globally, and for 50 percent of these deaths.

Malaria is, however, much more than medical and technological interventions. Malaria affects households and communities, and these communities need to be empowered to play an active role in the fight against this disease.

“As WHO in Africa, we recognize that a whole-of-society approach requires us to listen to, and learn from, those who are worst impacted.

Noting that World Malaria Day is an occasion to renew political commitment and encourage continued investment in malaria prevention and control, she called on countries and communities affected by malaria to work closely with development partners to advance the countries along the road to elimination, while contributing to the achievement of other Sustainable Development Goals, SDGs.