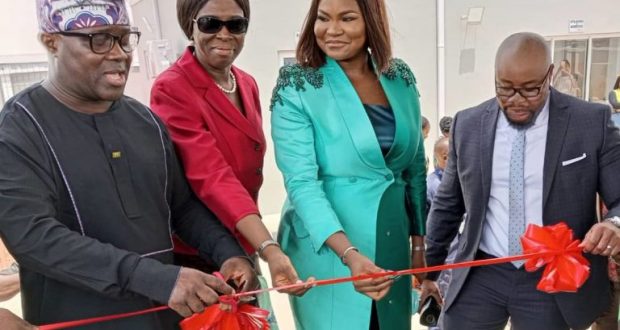 Speaking at the commissioning of the facility in Lagos on Thursday, the Executive Secretary described Selai Gas as one the front-runners that are taking practical steps in the Federal Government’s ‘’Decade of Gas’’ journey. He expressed delight that the firm is led by a female, noting that the Board is keen to support women entrepreneurs in the Nigerian Oil and Gas industry. According to him, the firm is well-positioned to benefit from the US$40million Women in Oil and Gas Intervention Fund deployed by the NCDMB and Nexim Nigerian Export-Import Bank.

Represented by the Manager Projects Certification and Authorization (PCAD), Engr. Adewale Adenugba, the Executive Secretary explained that the Board had in recent years partnered with private sector players to invest in the gas value-chain, including the development of LPG storage terminals and jetties, inland gas processing to produce LPG, infrastructure for gas gathering, manufacturing of composite LPG cylinders and other projects.

Noting that domestic consumption of LPG in the country exceeded one million metric tons (MT) in year 2020, Wabote said the nation still has one of the lowest per capita LPG consumption in Africa. The implication is that there are still a lot of opportunities for increasing LPG penetration in Nigeria and Selai Gas Station Limited will benefit from that window of opportunity.

The NCDMB boss also highlighted that the economic, social and environmental benefits of switching from solid and liquid forms of fuel to gaseous forms are equally enormous. “The deaths and illnesses caused by smoke and wood fumes are nothing to be proud of for a country sitting on 203tcf of proven gas reserves. This gas station will bring the products closer to end-users,” he affirmed.

In her remarks, the Chief Executive Officer, Selai Gas Station Limited, Ms. Damilola Owolabi, stated that the company sited the plant in Agege part of Lagos to take advantage of the dense population. The intent is to provide an outlet where the residents can easily refill their cooking gas and get encouraged to stop the use of dirty energy sources like firewood, charcoal and kerosene.

She stated that part of the company’s market entry strategy is the introduction of a cylinder programme for women. Under this scheme, certain categories of women would get gas cylinders at reduced costs, to encourage them to switch to cooking gas, which is safer, cleaner and cheaper. The company also plans to engage men who ride tricycles to deliver refilled cylinders to customers’ homes she added.

Dwelling on the long-term plans, Owolabi said Selai Gas would go into the manufacture of gas cylinders and had already secured a suitable location for the purpose.

Friends and stakeholders of the oil and gas industry, particularly members of the Women in Energy Network and Women in LPG delivered goodwill messages at the event. They described the commissioning of the facility as a win for diversity in the industry as well as for cleaner energy.

They underscored the fact that the promoter of the firm is a young lady, and she is fully committed to solving problems and contributing to societal development. They also described her accomplishment as a challenge for young persons to come up with innovative ideas that would meet the needs of society, not minding the various challenges which could discourage their efforts.

They also noted that such investments would create employment opportunities for several persons, calling on the federal and state governments to provide the enabling environment for the establishment and progress of similar projects.