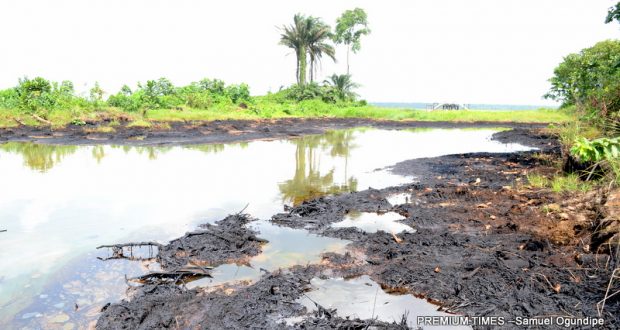 The National Oil Spills Detection and Response Agency (NOSDRA) on Wednesday, March 30, 2022, said its investigations have shown a rising spate of oil spills caused by sabotage and theft.

NOSDRA, in a statement in Yenagoa, the Bayelsa State capital, indicated that three incidents investigated within the past few days were traced to sabotage.

According to the statement signed by Mr Idris Musa, Director-General and Chief Executive Officer of NOSDRA, oil firms were advised to tighten security around their assets to avert damage to the environment and loss of oil and gas revenue.

According to Musa, the ongoing gas leak from a gas line operated by Nigerian Agip Oil Company (NAOC) that crosses Yenagoa communities was due to the activities of vandals.

“The agency received a report of a Joint Investigation Visit (JIV) on 6″ Nembe/Obama Pipeline at Sabatoru, Nembe L.G.A., Bayelsa State.

“The incident occurred proximal to an artisanal refining site whose operators are suspected to have vandalised the pipeline to steal crude oil.

“Similarly, there was another vandalised pipeline on the 20” Kolo Creek-Rumuekpe pipeline at Otuasega also in Bayelsa State.

“A gas pipeline was also vandalised on the 24” Ogboinbiri/OB-OB gas delivery line at Okaka behind Bayelsa Palm Estate in Yenagoa.

“This vandalism has a backlash on the main gas delivery pipeline from the OB-OB gas plant of the NAOC.

“We implore the oil companies operating in the area to place more surveillance on their assets to avoid wanton destruction of economic assets, as well as the environment,” Musa stated.