Home » ENVIRONMENT » Nigeria, Others to Get $100 Billion Climate Control Cash 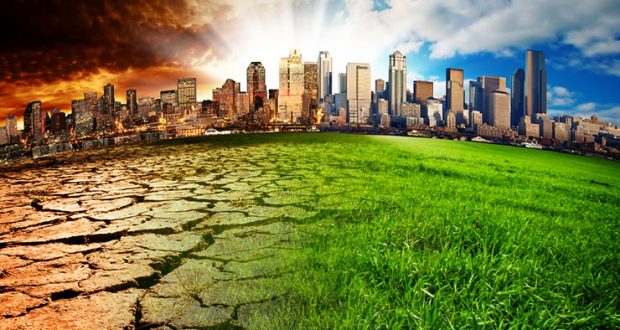 Nigeria, Others to Get $100 Billion Climate Control Cash

The International Monetary Fund (IMF) has said it will be committing $100 billion to tackle climate change challenges in Nigeria and other developing economies.

IMF Managing Director Kristalina Georgieva, who disclosed this yesterday in her opening remarks at the World Government Summit, said a good start would be for advanced economies to meet (or exceed) the goal of providing $100 billion a year in climate finance to developing countries.

The summit, with theme: “Feeling the Heat: Adapting to Climate Change in the Middle East and Central Asia” took place in the context of dramatic geopolitical developments, triggered by the war in Ukraine, with significant implications for people, societies, and economies.

“Given the economic challenges that climate change is casing worldwide, and this region is no exception, we at the IMF are stepping up our engagement on climate. Our goal is to help countries strengthen their ability to integrate climate in their macro-financial policies, through our analytical, surveillance and capacity development work,” she said.

“With just 1.1 degrees Celsius of warming, half the global population faces water insecurity at least one month per year. And this is particularly strongly felt in this region.

Over the past two decades, the frequency and severity of climate related disasters here have been rising faster than anywhere in the world. Droughts in North Africa, Somalia and Iran. Epidemics and locust infestations in the Horn of Africa. Severe floods in the Caucasus and Central Asia. The list of disasters is quickly getting longer,” she said.

“And—as our new IMF paper shows—the economic and financial implications of these climate impacts are a major threat to growth and prosperity in the region.

This century—in an average year—climate disasters in the Middle East and Central Asia have injured and displaced 7 million people and caused more than 2,600 deaths and $2 billion in physical damages,” she said.

“Today’s climate challenges are already exacting a heavy toll. And we know our planet is set to keep on getting warmer. Even accounting for significant global cuts to emissions, by 2050, average summertime temperatures could exceed 30° Celsius in half of the region’s countries,” she stated.

She advised that for countries to adapt their economies and societies to this daunting challenge, such countries need to drastically reduce emissions to stabilize global temperatures and make the adaptation challenge more manageable.

“Our analysis shows that to “keep 1.5 alive”, we need to cut global emissions by one half by 2030. To get there we recommend a steadily rising carbon price—including by equivalent non-pricing measures—together with green investments, and actions to ensure a just transition across and within countries. Here, the UAE has led regional efforts with its pledge to invest more than $160 billion in renewables to achieve net zero carbon emissions by 2050,” she said.

Georgieva called on countries to start by mobilizing revenue, increasing efficiency and reprioritizing public spending where possible, for example, replacing general fuel subsidies with targeted measures to help the most vulnerable people.