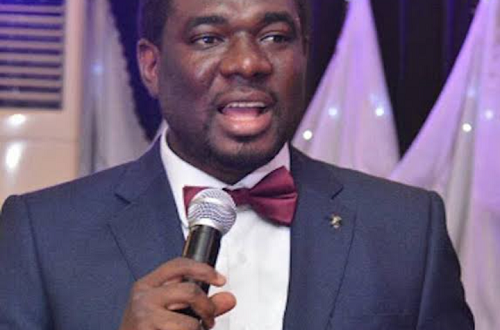 PENGASSAN Says 90% of Crude Stolen by Vandals Can Collapse Economy

The PENGASSAN boss spoke with journalists in Lagos and referred to the situation as an act of sabotage in the nation’s oil and gas industry, warning that unless urgent steps were taken to halt the criminality, the national economy which depends largely on petrol-dollars, risked imminent collapse.

According to PENGASSAN in a paper titled ‘state of the nation’, the issues of crude oil theft have in recent times been exacerbated, making Nigeria to lose out from the gains of the current oil rally in the international market.

Speaking further, Osifo said, “reconciliation/fiscalisation at Bonny terminal shows that between 5 and 10 percent of crude oil metered from the operators gets to the terminals.”

“Another problem arising from vandalism is that companies are forced to go into curtailment when these assets/export pipelines are damaged as they cannot export what they produce, thereby incurring production losses,” Osifo explained.

He noted that an operator loses an average of 10 days of production shut-in every month due to vandalism, adding that recent preliminary work showed that about 150 illegal tappings were used in siphoning crude oil from the TNP.

Osifo further argued that beyond the reduction in revenue to the operating companies and the national economy, this act of sabotage has caused serious environmental degradation to the host communities and region, just as the health implication of this unholy act would be monumental in years to come.

“It is our expectation that the integrity of the pipelines will be sound enough to enable safe transportation of crude and products all over the country, while the government establishes a special force committed to strict enforcement of pipeline right of way.

PENGASSAN added that pipeline installation can now be done using state-of-the-art technology in a manner that will be inaccessible to vandals.

“We expect that the managers of the pipelines imbibe the culture of regular maintenance while the government will live up to its responsibility of providing adequate security. Security agencies should be empowered to ensure regular surveillance of the pipelines to detect and prevent vandals’ action and there should be periodic movement of the personnel to discourage them from compromising the security of the assets. We also call on the government to review the enabling legal instruments for sanctioning violators/defaulters.”