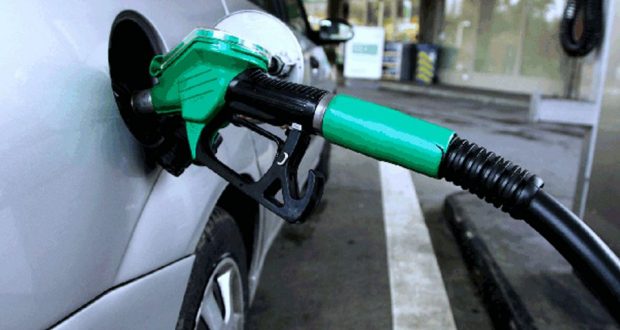 There are strong indications that state and federal governments are again on a collision course as the Federation Account Allocation Committee holds its first meeting in 2022 on Wednesday.

State officials, who spoke to our correspondents on Sunday, faulted the Nigerian National Petroleum Corporation’s continued deductions from FAAC funds to finance fuel subsidy, saying the issue would come up at Wednesday’s meeting.

They said this as the NNPC was set to deduct N270.83bn from January FAAC allocations that would be shared by state, federal and local governments on Wednesday.

The Cross River State Commissioner for Finance, Asuquo Ekpenyong, Junior, confirmed to one of correspondents that the FAAC meeting would take place between Wednesday and Thursday.

The NNPC had in its report to FAAC in December 2021 stated that it would deduct some funds as value shortfall incurred by the oil firm in January 2022.

The company said it would deduct N270.83bn from what would be shared by the three tiers of government during the FAAC meeting in January.

Speaking ahead of the FAAC meeting, the Delta State Commissioner for Finance, Mr Fidelis Tilije, in an interview with The PUNCH on Sunday, said that the Finance Commissioners’ Forum had made series of conclusive resolutions on the deductions by the NNPC to finance fuel subsidy.

According to him, state governments will continue to oppose the deductions, which he described as non-transparent.

Tilije, who chaired the finance commissioners forum’s committee on the Petroleum Industry Act, said, “The issue of removal of fuel subsidy is the Federal Government’s responsibility and not FAAC responsibility.

“Ours is to look at sources of funding and expenditure. We have made series of conclusive resolutions on the need for subsidy to be removed on one angle and secondly to also check the NNPC because we don’t know who is checking on what kind of subsidy they are paying.

“But unfortunately the Federal Government is also saying that it will need the state governors to guarantee wellbeing of the people and ensure that there is no labour strike in their various states before they can remove subsidy. Who does that?”

When asked about the stand of states ahead of Wednesday’s meeting, he stated, “We have always been kicking against it (deductions for subsidy) and we will continue to kick against it, what we are saying is that the subsidy they are paying cannot be justified.

“We don’t know the exact figure we are consuming on a daily basis but their own argument is that now the price of crude oil has gone up and if you sell the crude oil at a high price and import petrol, you will have to be buying the petrol at a high price but for me it is not true.”

On his part, the Ekiti State Commissioner for Finance, Akin Oyebode, expressed the opposition of the state government to the deduction of money for fuel subsidy from the Federation Account without the consent of states.

Oyebode, who said he could only speak for his state, said such deductions, which exemplified the country’s flawed fiscal federalism, amounted to injustice to some states including Ekiti.

The commissioner said, “I have been on record at the various Federation Accounts Allocation Committee meetings to state my vehement opposition to the continued deduction of subsidy without subjecting it to the consent of the states”.

“And in the event that we, as a country, agree to continue with the subsidy regime, then the deduction should be made in line with the consumption of petroleum products in each state.

“A situation where Ekiti, for example, that consumes less than one per cent of petroleum products gets a deduction of N3bn a month, is a significant loss to Ekiti. We could have used that money to meet all sorts of different demands from our people.

“We believe that this is again another example of the flawed fiscal federalism structure that we operate. Of course, this subsidy request has been tabled at FAAC, all we get at the meetings are reports of deductions taken at source which I very strongly believe are even unconstitutional because these are not subject to appropriation.

“The Nigerian National Petroleum Corporation, in its wisdom, just comes and reports that this is how much was taken and they call it some funny names, but we know what it is – deductions for subsidy.”

Oyebode said that a curious aspect of the whole thing was that “there is even no basis for interrogating if in truth the volume of products on which subsidy had been charged had actually even got to the consumers.”

Another state official, who confided in The PUNCH, said, “The issue will come up on Wednesday because many states have financial problems.”

Subsidy not under our control, says NNPC

But when contacted, the spokesperson of the NNPC, Garba-Deen Mohammad, told our correspondent that the issue of petrol subsidy was beyond the control of the oil firm.

He stated that with the advent of the Petroleum Industry Act, the matter of subsidy was outside the control of the NNPC but was a matter being handled by the Federal Government.

Garba-Deen said, “Subsidy is not under the control of the NNPC. Subsidy is now a PIA issue and it will be determined by the principles of the Petroleum Industry Act. Not by the NNPC.

“The NNPC is an operator now in the market, just like Shell or Chevron or like any other oil company. So I don’t know anything you are talking about.”

When probed further on whether petrol subsidy would be stopped, replied, “We are speaking the same thing, I say I don’t know. I have no idea, I am just an employee of the NNPC.”