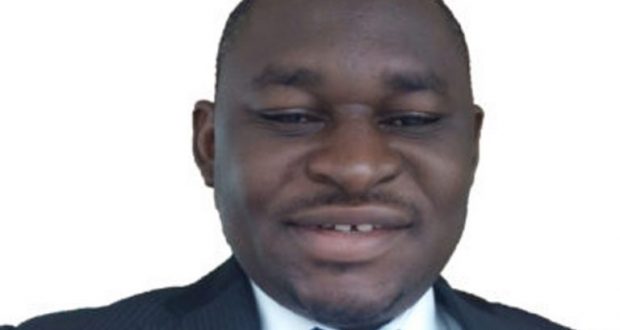 Mr David Terungwa, Africa Regional Coordinator of the organisation, stated this in an interview with the News Agency of Nigeria (NAN) in Abuja.

Terunguwa said that CCI is a U.S. based non-profit organisation with a mission to empower citizen volunteers to exercise personal and political power in shaping for effective climate policy.

He said that Carbon Fee and Dividend was a policy proposal created by Citizen’s Climate Lobby (CCL) to internalise the costs of burning carbon-based fuels, adding that CCI empowers people to work together on climate policy.

The CCI coordinator said the government should consider the harmonisation of the policy to include carbon fee and dividend, adding that such would make the policy more comprehensive.

Terungwa said the Carbon Fee and Dividend policy was currently operational in Canada, and could also help the Federal Government’s plan to lift 100 million persons out of poverty in 10 years.

He said that the policy would as well help Nigeria’s build back better after the post COVID-19.

The coordinator reports that the Federal Government, through the Minister of Finance, Budget and National Planning, Zainab Ahmed, revealed a policy plan to remove fuel subsidy on Petroleum Motor Spirit (PMS), in 2022.

“The Federal Government will give N5,000 to 30 to 40 million poorest Nigerians to cushion the potential negative impact of the removal of the subsidies on the most vulnerable at the bottom 40 per cent of the population,’’ he said.

He said the policy was the best first-step to reduce the likelihood of catastrophic climate change from global warming as well as empowering the poor through basic climate income.

He added that the policy works by placing a steadily rising fee on the Carbon Dioxide (CO2) content of fossil fuels.

“To internalise the social cost of carbon in Nigeria, we can begin with an initial fee of N50, 000 tonne on the CO2 content of fossil fuels.

“Escalating to N75, 000/tonne/yearly imposed upstream at their point of extraction and collected upon entry into the economy.

Terungwa said the majority of households would receive more than they pay for increased energy costs, adding that this would inject billions into the economy and protect family budgets.

He said the policy would also allow households to make independent choices about their energy usage, spur innovation and build aggregate demand for low-carbon products at the consumer level.

The CCI coordinator said aside from the economic benefits, Carbon Fee and Dividend holds a far-reaching import for the climate.

He said the predictably rising carbon fees on greenhouse gas emissions were the most economically efficient, transparent and enforceable mechanism to drive a transition to a low-carbon economy.

“This is by giving all businesses and individuals a powerful incentive to reduce their carbon footprints and to develop available low and no carbon alternatives.

“In addition, Nigeria also stands to gain in the sense that import fees on products imported from countries without a carbon fee, along with rebates to Nigerian industries exporting to those countries, will discourage businesses.

“It can discourage such businesses from relocating, where they can emit more CO2 and motivate other countries to adopt similar carbon pricing policies,’’ he said.

Terungwa said in the same vein, firms seeking to escape higher energy costs would be discouraged from relocating to non-compliant nations as their products would be subject to import fees.

“Most importantly, Carbon Fee and Dividend does not increase the size of government and require new bureaucracies or directly increase government revenues.

“From all indications, carbon pricing is an idea whose time has come and Nigeria cannot be left out,’’ he said.

According to Terungwa, Carbon Fee and Dividend policy is elegant in its simplicity, transparent in its accessibility to public scrutiny and crystal clear in its signals and benefits.

“It is very glaring that the Federal Government’s plan to completely remove fuel subsidy on PMS by mid-2022, presents a golden opportunity for Nigeria to embrace and adopt Carbon Fee and Dividend policy.

“Finally, it is my considered opinion that if this step is taken into consideration, it’s going to be a win-win situation for our beloved country,” he said.

Share about us
2022-01-11
admin
Previous: Totalenergies Pipeline Vandalized Leading to Shutdown of 504MW Alaoji Power Plant
Next: FG Yet to Implement VAT on Imported LPG — Marketers