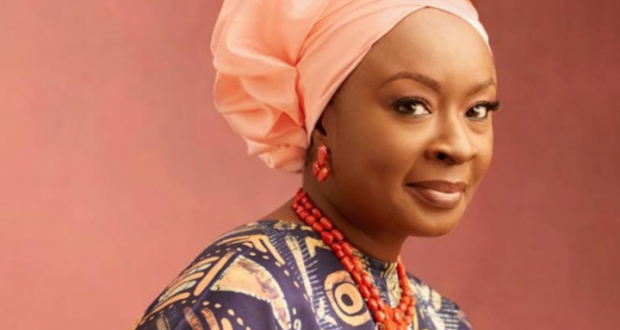 Prior to the appointment Sokefun served as the chairman of the board of directors of the Nigeria Deposit Insurance Corporation (NDIC).

Ayotola Jagun, the company’s chief compliance officer and company secretary, disclosed this in a statement filed on the Nigerian Exchange Limited (NG‭X)

The company said Bukar Goni Aji resigned as a non-executive director of Oando with effect from December 23.

“Goni joined the board of the company in 2018 and was the chairman of the risk, environmental, health, safety, security and quality committee as well as a member of the governance and nominations committee of the board” Oando said.

According to the company Muntari Zubairu, an executive director, has also resigned from its board effective December 23.

“Until his resignation, he was the group chief corporate services & operations officer and a member of the risk, environmental, health, safety, security and quality committee of the board,” the statement adds.

According to the statement, Ronke Sokefun graduated with LLB (Hons.) in 1987 and was called to the Nigerian Bar (also with honours) in November 1988.

“She has had a sterling career spanning over 3 decades, cutting across different sectors of the economy,” Oando said.

“Between 1990 and 1993 she worked in Ighodalo & Associates — a company secretarial firm – while there, she qualified as a member of the Institute of Chartered Secretaries & Administrators.

“In 1993, she joined the prestigious firm of Aluko & Oyebode as an associate and was made a partner in 2001. Her practice focus was business advisory services, and she worked with several blue-chip companies in this regard.

“In 2002, she moved to the Oando Group, where within a few years she rose to the position of the chief legal officer. During this period, she also sat on the board of the telecom’s giant – Celtel/Zain (now Airtel) as an alternate director.

“She served in this position until 2011 when she was called to public service in Ogun state and proceeded to serve as a 2-term commissioner – holding diverse portfolios – under senator Ibikunie Amosun’s 2-term administration as Ogun state governor.

“In January 2019, Sokefun was appointed chairman of the board of directors of the Nigeria Deposit Insurance Corporation (‘NDIC’) by President Muhammadu Buhari, GCFR; she continues to serve in this capacity.

“As part of her commitment to giving back to society, she has an NGO known as the “M.R.S Foundation’. The foundation is focused on social intervention programmes to augment government efforts.

The statement added Nana Fatima Mede is an accountant by profession with a BSc degree in accounting as well as an MBA both from Alabama A&M University.

“Mede has a vast amount of experience spanning over three and half decades working in the Nigerian public sector in various capacities.

“Upon graduation in 1981, Mede completed her National Youth Service Corps (NYSC) as a graduate trainee accountant at the Ajaokuta Steel Company.

“On completion of her youth service in 1982, she was immediately employed by the Nigerian Television Authority (NTA) Abuja where she rose through the ranks to become a principal accountant before transferring her service to Benue state government in 1991.

“From 1991 to 2007, Mede deployed her expertise working for the Benue state government at various levels.

“During her time there, she worked as a director of finance and supplies in the ministry of works, housing and transport before being made the director of project operations in Benue state treasury in 1998.

“In 2001, she became the permanent secretary treasury/accountant general, where she was in charge of managing the state’s finances, amongst other key responsibilities.

“Mede moved to the Office of the Accountant General of the Federation in 2007, serving as a director of finance and the pioneer director/national coordinator of the Integrated Personnel Payroll Information System (IPPIS).

“In 2014, she was sworn in as a federal permanent secretary in the ministry of environment where she coordinated the formulation of the Nigerian Intended Nationally Determined Contribution (INDC) document on GHG in relation to Climate Change — a document which was presented by the President at the Conference of Party (COP 21) in Pans, 2015.

“Afterwards, Mede was transferred as a permanent secretary to the ministry of budget & national planning before gracefully retiring after attaining the mandatory 35 years of service in 2017.

“Amongst other commitments, Mede currently serves as a technical consultant to the minister of state (budget and national planning), where she provides high-level technical assistance on Nigeria’s developmental plans.

“In December 2021, Mede was appointed a member of the National Judicial Council.”

Share about us
2021-12-27
admin
Previous: NNPC Says Lagos Pipeline Explosion will not Disrupt Supply of Petroleum Products
Next: Nigeria to Maintain Top Spot in Oil Production in Africa Q1 2022