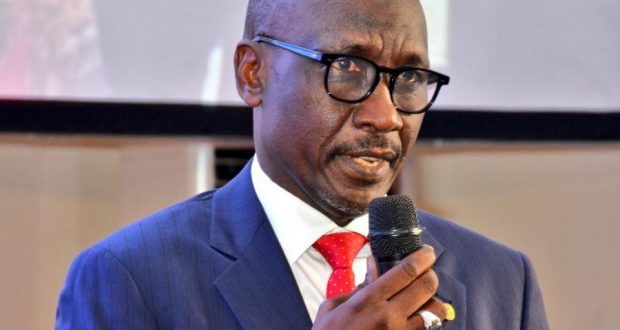 The Nigerian National Petroleum Company (NNPC) Ltd. says Friday’s pipeline fire in Iyana-Odo/Baruwa axis of Lagos State will not disrupt the supply of petroleum products across the country.

Malam Mele Kyari, Group Managing Director, NNPC Ltd., gave the assurance when he visited the scene of the incident.

Kyari said the fire incident was as a result of power line collapse on a section of System 2B pipeline within the area.

The GMD, represented by Mr Isiyaku Abdullahi, Managing Director, Pipelines and Products Marketing Company (PPMC) Ltd., said the visit was to ascertain the extent of the incident.

“We want to assure Nigerians that this incident will not affect the supply and distribution of petroleum products across the country,” he said.

Kyari said NNPC officials were working with the Lagos State Government and other relevant authorities to permanently put off the fire.

The five 330KV Towers supplying power to Akangba/Ikeja West had on Friday collapsed in the locality.

“The electricity cable collapse led to sparks and the sparks got to spilled petrol around the area which led to the pipeline gutting fire and a subsequent explosion.

“The pipeline corridor have been known to have spillage often due to activities of vandals,’’ Farinloye stated.

The incident had resulted in blackouts in some parts of Lagos State.

Eko Electricity Distribution Company said areas under its network of operations affected by the incident include Akangba, Amuwo, Apapa, FESTAC, Orile and Yaba.

The DisCo said others are Yaba, Ijesha, LUTH, Tejuosho and environs.

“We are working with our Transmission Company of Nigeria partners on a swift resolution and will keep you updated on the situation.

“Thank you for your understanding,” EKEDC said in a statement posted on its social media page.

“We are currently working with our TCN colleagues to ensure quick resolution and will keep you updated on the situation.

“Thank you for your understanding,” the DisCo said in a statement issued on Friday

Share about us
2021-12-27
admin
Previous: TCN Restores PowerSupply, After Breakdown of 5 Towers in Lagos
Next: Ronke Sokefun and Nana Mede Appointed Non-Executive Directors of Oando Plc