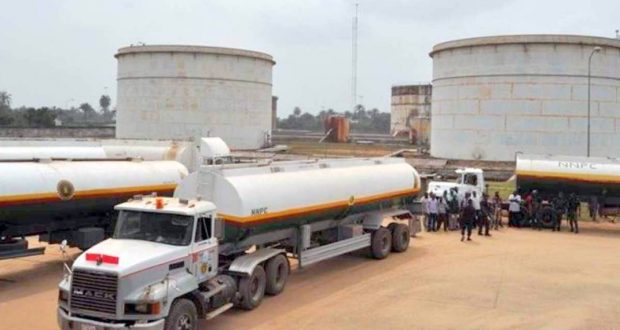 Northern Independent Petroleum Marketers Forum kick against the N50 Billion debt owed by the federal government which the government incurred as it failed to refund the marketers through the Bridging Fund.

The marketers are threatening to withdraw their services over the failure of the Federal Government through the defunct Petroleum Equalisation Fund to settle their bridging claim of N50bn for nine months.

This, they said, had forced many marketers out of the business of petrol supply and distribution.

The bridging claim is the amount paid to petroleum products transporters by the Federal Government for moving fuel from one part of the country to another in order to ensure that the cost of the commodity is equal nationwide.

The marketers expressed worries that the failure to settle their claims might lead to the scarcity of fuel in the North as the majority of their members had run out of capital and could not buy and transport petrol to the North.

They disclosed this in a statement issued in Kano by their Chairman, Alhaji Musa Maikifi.

According to the statement, Maikifi disclosed this during a meeting with members of his association from the nine depots across the northern states.

He stated that for the past nine-month oil marketers had made efforts to get their money paid but this had been futile.

Maikifi was quoted in the statement as saying, “If this continues in this way so many of us will have to close down our fuel stations. This will add to the fuel scarcity in the region because the marketers have no capital.

“The Federal Government couldn’t settle our claims of over N50bn. We met the authority involved and they promised to pay us but yet they haven’t. So, that is why we are here to plead with them to pay us our unsettled claims so that we can continue our business smoothly.”

The Secretary of the forum, Alhaji Zarma Mustapha, said the bridging claims should have been paid within two weeks but for months now the claims had not been settled, adding that over 3,000 marketers from the North were involved.

He said, “One thing that will surprise you is that this money does not belong to government. It is generated from the consumers that purchased fuel from us marketers and the NNPC gathered the money and then pay us through PEF. But still they hold our money.”

Share about us
2021-12-21
admin
Previous: NNPC NOT CONDUCTING SURVEY, NOT RECRUITING
Next: OPEC+ Misses Oil Supply Target as Over-compliance Hits 117 Percent in November