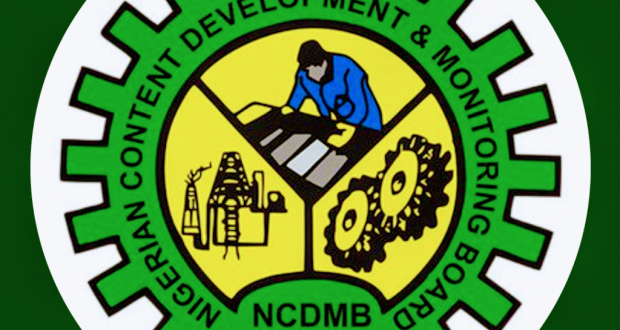 The federal government through the Nigerian Content Development and Monitoring Board (NCDMB) has fully disbursed the $300 million Nigerian Content Intervention Fund (NCIF) to about 53 indigenous operators in the oil and gas industry.

Speaking in Abuja at the Nigerian Content Capacity Building Workshop for Media Stakeholders, General Manager of the Nigerian Contents Development Fund (NCDF), Mr Obinna Ofili, noted that there had been no single default on the loan repayment by the beneficiaries.

He said the decision to give the Bank of Industry (BOI) the responsibility of disbursing the funds was to eliminate banks with very deep profits motive, explaining that although the loan was initially given out at 8 per cent, but because of the Covid-19 meltdown, it was reduced to 6 per cent, lowest in the country.

To grow Nigerian content in the industry, the federal government had launched the initial $200 million fund for Nigerian companies involved in manufacturing in the oil and gas industry as well as firms seeking to acquire assets, especially rigs and marine vessels.

The fund is a portion of the NCDF drawn from one per cent of all contracts awarded in the upstream sector of the industry and was meant to address persistent funding challenges that hindered capacity and growth of local service providers in the oil and gas.

It was later expanded from $200 million to $350 million, with $100 million from the additional funds deployed to boost the five existing loan products of the NCI fund, which include manufacturing, asset acquisition, contract financing, loan refinancing and community contractor financing.

Also included was the $20 million and $30 million respectively for the Intervention Fund for Women in Oil & Gas and Petroleum Technology Association of Nigeria (PETAN) products, which included working capital loans and capacity building loans for member companies.

Ofili noted that before the intervention, many companies were dying under the weight of high interest rates, saying that since its launch, many beneficiaries had gone on to build a number of the infrastructure now being used in the industry.

He added that three companies who accessed the fund had fully repaid, even before expiry, with the rest having never defaulted in their monthly remittances.

“A significant number of companies have so far accessed loans with present number at 53. There is no bad loan under the scheme presently as all the loans are performing and meeting their obligations.

“Three companies have so far fully liquidated their loans. Loan disbursement presently stand at over 100 per cent of the fund size as BOI is already re-lending recovered loans paid back by initial borrowers under the scheme,” he said.

In his contribution, the Chairman, THISDAY Editorial Board, Mr Segun Adeniyi, called for proper monitoring of the fund to ensure that those who access it at 6 per cent or 8 per cent, do not round-trip the funds.

The former presidential media adviser, who spoke on the topic “ Role of the Media in Promoting Local Content Agenda”, explained that it was possible to get those cheap funds , simply sit at home and sell at a premium either through the banks or in the black market.

He, therefore urged the managers of the fund to redouble their efforts to ensure that the funds are deployed for what the law intends, describing himself as a passionate advocate of local content in all the sectors of the Nigerian economy.

Speaking to correspondents present at the event, he advised them to arm themselves with relevant knowledge, especially laws guiding the industry to make sure that no one bamboozles them with technicalities in the coverage of the sector.

He further cautioned against distortion of facts, urging them to be mindful of unethical practices which may bring the profession to disrepute. “We must abide by the same standards we expect from others, especially from those in public offices,” he noted.

Earlier, the General Manager, Corporate Communications and Zonal Coordination , NCDMB, Dr. Ginah Ginah, stated that with the shifting energy landscape, the role of the media had become even more important.

He urged the media to promote the local content agenda and carry out its whistleblowing role by exposing non-compliance in the industry.