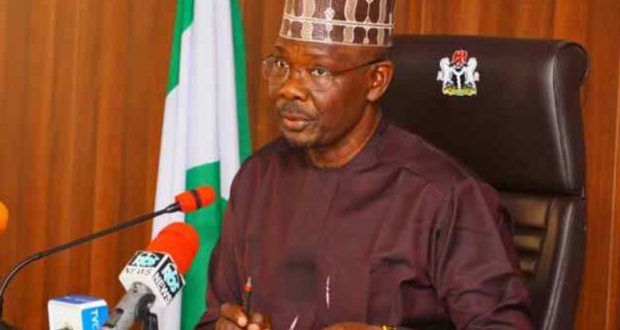 Gov. Abdullahi Sule of Nasarawa State has lauded President Muhammadu Buhari for being the architect of the Ajaokuta-Kaduna-Kano gas pipeline and revamping the nation oil and gas sector.

The governor made the commendation when he briefed State House correspondents at the end of a closed door meeting with the president in the Presidential Villa, Abuja, on Tuesday.

According to him, with all the achievements being recorded by the Buhari administration, Nigerians will appreciate the president the more, after he leaves office.

He added that the president had done a lot for the country and many would not see that until he leaves office.

He said: “I told the President that `some of your efforts for the country will be more appreciated when you leave office. Today, you are the architect of the Ajaokuta-Kaduna-Kano gas pipeline.

“Recently Nasarawa State signed an MoU after our gas roundtable in the State capital Lafia, where the top management of NNPC were around’.

“We discussed about gas utilization and we are bringing our own experience of what happened with the West African gas pipeline, where it was tapped from Sagamu into Ikeja and all the industries there are utilizing gas.

“So for a country like Nigeria that has over 200 trillion standard cubic feet of gas, to say that somebody is building a gas pipeline for the utilization of gas, I don’t think that is a small thing but a lot will not understand this until may be when the President leaves office.

“And in future, when we begin to have LPG everywhere for cooking and LNG so that most of our vehicles will convert to gas rather than petrol.

“Many cannot see now what is going to happen tomorrow and by that time they will say who did this and they would be told its President Buhari and people will bless him,” he said.

The governor said he was in the State House to thank the president for the support the State had been receiving in the area of security.

He noted that the presidential support so far had helped a lot to sustain peace across the State.

“I came to express our great appreciation to the President for the great support we have continued to receive in the area of security.

“You must have heard there were several joint operations of the Special Forces; the Military, Police, Airforce and Navy in the two Local Government Areas that are bordering Abuja, Toto and Karu.

“The various operations have been very successful. When we heard recently that some of our schools were being targeted, we privately approached and the right actions were taken.

“We thank God that we have been able to dislodge those ones.

He also affirmed that the recent completion of the 330MVA Thermal line in Lafia, which is coming from the Niger-Delta has helped a lot in boosting electricity supply in Lafia, the State capital and environs.

He acknowledged that this feat was made possible through Buhari’s intervention.

On security, the governor thanked the nation security agencies for helping in dislodging members of the Boko Haram sect who infiltrated the state.