Home » POWER » Buhari Throws Out AEDC Management Over Black- Out 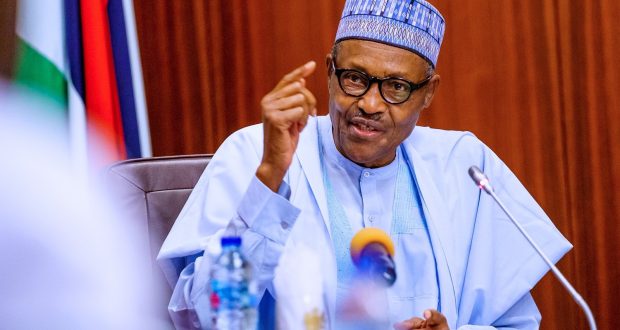 President Mohammadu Bihari has sent the entire management staff of the Abuja Electricity Distribution Company (AEDC) packing as reported by the ministry of state for power, the president has also directed the establishment of a new board that will oversee the affairs of the company.

Following the strike action of members of the Nigerian Union of Electricity Employees (NUEE) which led to blackout in many parts of the Federal Capital Territory (FCT), the presidency has sacked the management of Abuja Electricity Distribution Company (AEDC). This stern decision was disclosed in a statement released on Tuesday, December 6, by Ofem Uket, media aide of the minister of state for power, The Cable reports.

It was made known in the statement that President Muhammadu Buhari has approved a new interim governing board to oversee the daily operations of the AEDC.

The Buhari-led federal government has directed that the strike be called off and that the outstanding emoluments and entitlements of staff will be paid in not more than three weeks.

The presidential directives as conveyed also directed the Bureau of Public Enterprises to set up a new management team of the AEDC.

“The presidential directives as conveyed also directed the Bureau of Public Enterprises to set up a new management team of the AEDC. “In a memorandum of understanding MOU, jointly signed by the minister of state power Goddy Jedy Agba, the chairman Nigeria Electricity Regulatory Commission NERC, Sanusi Garba, director-general, Bureau of Public Enterprises, Alex Okoli, comrade Joe Ajaero on behalf of the union, the federal government ordered the suspension of the strike [and asked to] given 21 days within which the outstanding emoluments and entitlements of staff will be paid.”:

Share about us
2021-12-08
admin
Previous: OPEC Extends Compensation for Nigeria, Others to June 2022
Next: Access Bank Rewards 100 Women in Womenpreneur Ptch-a-Ton Africa 2021