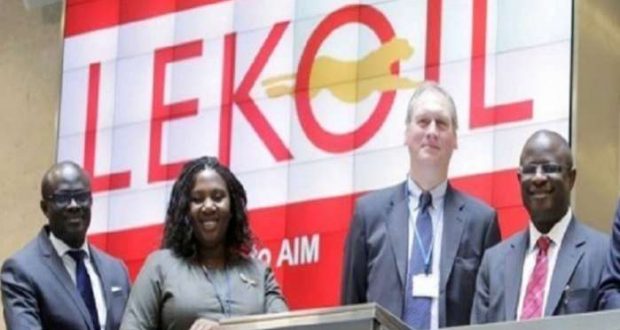 Lekoil Nigeria Limited has written to the shareholders of Lekoil Limited (Lekoil Cayman) with an “indicative offer to acquire Lekoil Limited shares and potential share exchange.”

Desspite similarity in their names, the two firms are engaged in a face-off, which began with the convening of an Extraordinary General Meeting (EGM) at the instance of Lekoil Cayman Board constituted after Metallon Corporation acquired some shares in the company in a takeover attempt.

The letter written to Lekoil Cayman on Friday, December 3, 2021, according to a statement, showed that it is a precursor to the Lekoil Limited Annual General Meeting (AGM) scheduled to hold this December according to the notice of the AGM dated November 26, 2021.

The letter signed by Aisha Oyebode, Chairman, Lekoil Nigeria Limited, noted among others that the Lekoil Limited shareholders “stand to suffer over a 40% dilution” of their shareholding to merely fund the salaries and costs of the Board of Lekoil Limited if they failed to vote against the resolutions at the forthcoming Lekoil Cayman AGM.

It will be recalled that the face-off between the two companies began with the convening of an Extraordinary General Meeting (EGM) at the instance of Lekoil Cayman Board constituted after Metallon Corporation acquired some shares in the company in a takeover attempt.

Shortly after that acquisition, Lekoil Cayman voted to remove its CEO and founder, Lekan Akinyanmi, (who remains the CEO of Lekoil Nigeria) on the grounds of corporate governance breach.

That action led to a number of high-profile resignations from the Board of Lekoil Cayman including the Chief Financial Officer (CFO), Ed During who left his position, indicating his inability to continue with a management team demonstrating uncommon disregard for the opinions of the CFO, as well as an inclination to mislead regulators.

The Nigerian oil firm has also promised to return to shareholders with a detailed offer on or before December 14, 2021.

Oyebode registered her displeasure in the letter which reads in part; “As fellow Shareholders, the board of directors of Lekoil Nigeria Limited (Lekoil Nigeria) received the AGM Notice and no doubt experienced the same dismay and disappointment as experienced by the many Shareholders who have been in touch with us.

“Mr Hawkins has clearly shown that he is not representing the interests of Shareholders as a whole, but that of a clique of Shareholders who have taken control of your company and whose behaviour since then has confirmed their sole intent was to gain outright control of the assets of Lekoil Nigeria.”

Lekoil Cayman Limited was suspended from trading the company’s Ordinary Shares on the Alternative Investment Market (AIM) under Rule 19 and 40 with effect from October 1, 2021.

The admission to trading of the shares of Lekoil Limited has been suspended for over sixty (60) days leaving Shareholders in an illiquid investment and a company without regulatory oversight of AIM Regulation and the London Stock Exchange.