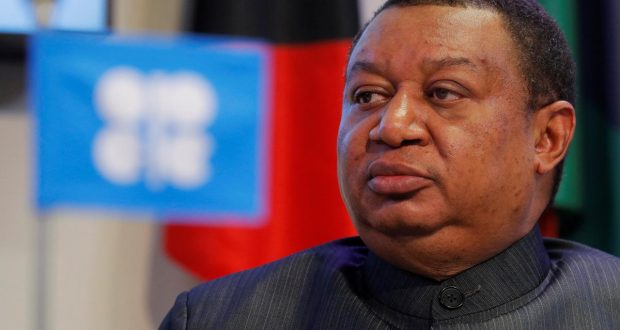 As the Organization of Petroleum Exporting Countries (OPEC) shops for a new Secretary General there are strong indications that the Sub-Saharan member States may Stand for the continuation of the current Secretary General Nigeria’s Mohammad Sanusi Barkindo against the moves by big weight Saudi Arabia mobilizing the gulf states.

This intention to keep Barkindo by the African member states though runs against the books of OPEC. It is however occasioned by the moves by Iraqi to present a candidate to the displeasure of Saudi’s choice of Kuwait’s Haitham al-Ghais thereby dividing the votes from the gulf States.

OPEC’s sub-Saharan African contingent, has grown in recent years and now is largely behind a continuation of Barkindo’s tenure, though he has not declared any intent so far to pursue another term.

In his nearly six years as OPEC Secretary General Barkindo has elevated the African contingent’s position in the organization. For instance he made it possible for Gabon, Equatorial Guinea and the Republic of Congo to join OPEC bolstering Africa’s influence.

By the organization’s rules a Secretary General can only serve up to two three-year terms. The Secretary General must be OPEC’s public face to international bodies and is responsible for convening meetings, including extraordinary summits when markets are under extreme pressure. The secretary general also oversees day-to-day affairs of the secretariat in Vienna.

The position must be confirmed by a vote of the 13 member states — a politically fraught exercise that has often exposes geopolitical rifts, with allied countries usually voting in blocs.

Kuwait’s Haitham al-Ghais, its former No. 2 OPEC envoy, remains the only declared candidate so far and is backed by Saudi Arabia, which pushed for a vote to confirm him. But other countries wanted time to see if any other nominees emerge, delegates said.

Meanwhile Iraq has said it plans to announce a candidate, while some African countries are hoping to keep Barkindo on, even though according to OPEC rules he can not run for a third three-year term. Past secretary generals have remained in office to give ministers and delegates time to resolve impasses over a successor.

According to Source yesterday, OPEC plans to convene a special meeting in early January to vote on its next secretary general, after Dec. 1 talks did not reach a consensus on a successor to incumbent Mohammed Barkindo, whose tenure is set to expire in July after six years.

This may not be unconnected to the desire by some member states to encourage the emergence of other candidates for the position of Secretary General.

Share about us
2021-12-03
admin
Previous: NNPC Emphasis Need To Look Inward For Fund To Invest On Fossil Fuel
Next: Gas to Power : Implications of FG’s Domestic Supply Pricing