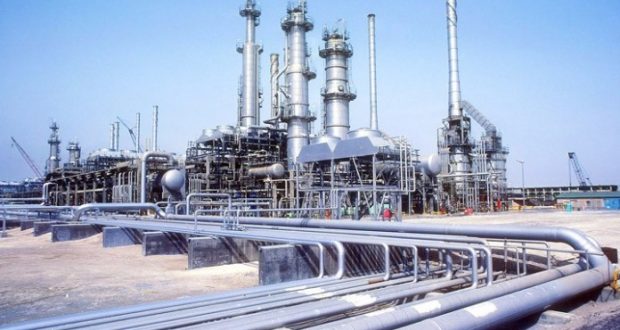 Despite awareness, oil companies continue to flare gas, due partly to lack of infrastructure for processing and distribution to domestic and industrial users.

Over the years, the federal government has made efforts to encourage investment in gas processing especially for the domestic market including providing incentives to oil companies.

As part of the country’s resolve to become a major player in the international gas market as well as to lay a solid framework for gas infrastructure expansion, the Nigerian Gas Master Plan was approved in 2008. The Gas Master Plan has yielded results with increased investment in gas but this progress could be derailed by the recent directive by the Federal Government which reduced the price of gas to power under Domestic Supply Obligation (DSO) from $2.50/Mscf to $2.18/Mscf.

In a surprising move during the 2021 Gas Sector Stakeholders Forum held in Kano in July, President Muhammadu Buhari announced a reduction of the price of gas to power from $2.50 to $2.18, “with immediate effect”.

The President’s comment was followed by a letter to Gas Aggregation Company of Nigeria (GACN) titled ‘Ministerial Directive on Gas to Power in Nigeria’ signed by Bitrus Nabasu, Permanent Secretary, Ministry of Petroleum Resources, which conveyed the Ministerial approval for the gas price reduction.

According to the letter, the Minister’s approval was based on the recommendation by the Ministerial Gas Price Review Committee which was adopted by the Federal Government, organised labour and the Technical Ad-hoc Committee as prescribed by the National Gas Supply and Pricing Regulations 2008.

Analysts in the oil and gas industry have observed that the price reduction, a consequence of pressure on the government by labour unions, will be counterproductive because it could dampen investors’ appetite and impact gas supply to the domestic power market.

According to data available on the International Energy Agency website, as of July 2021, gas was sold atc.$7/Mscfon the international gas market. This offers a more attractive opportunity for investors in the gas market.

The Federal Government’s move is reminiscent of the premium motor spirit (PMS) price-fixing which has held back investment in refining in the downstream sector.

The labour unions’ major argument is that a reduction in gas prices will translate to a reduction in electricity tariffs. However, industry analysts describe Labour’s position as simplistic. Their view is that price should be determined by market forces of supply and demand rather than by executive fiat. There is currently no equilibrium in the domestic gas market. According to Mordecai Ladan, former Director of the Department of Petroleum Resources (DPR), Nigeria’s daily gas production in 2019 was 1.2 billion standard cubic feet. Out of this volume, 41% is exported while 48% is retained for the domestic market. Flared gas accounts for 11% of the produced volume. With a domestic gas demand of over 1.4 billion standard cubic feet per day, the domestic market is supplied creating an imbalance which can be seen in the erratic supply to power generation plants for instance.

A key reason why it does not make sense to reduce gas prices is that there is currently 40% liquidity in the gas to the power value chain. The government’s focus should rather be on increasing liquidity to 100% which will assure suppliers of their payment as and when due.

The gas price reduction could threaten the progress so far made in tackling gas flaring through gas monetisation. As of 2018, gas flaring accounted for nearly a quarter of Nigeria’s total carbon dioxide emission, according to reports from the International Energy Agency and Nigeria’s National Oil Spill Detection and Response Agency. On the other hand, PwC estimates that in the period between 2014 and 2018, the country lost an estimated $4.3 trillion to gas flaring.

This sad situation was sustained by poor investment in gas processing infrastructure as investors were unwilling to commit to an economy with a history of policy instability. The price directive by the Federal Government is a confirmation of the fears of potential investors who were hesitant about investing in the gas market in the past.

It could pull Nigeria back to those days when it was just not logical to invest in a gas processing facility because of low prices and an unstable policy environment.

There are some implications of leaving Labour’s relentless price push unchecked, according to Energy analysts. Firstly, investment in gas processing plants will stutter. Secondly, the price reduction for gas to power sector creates confusion/distortion for gas prices in the other market segments. Local distribution companies and other off-takers that are not in the gas to power value chain segment have started writing to suppliers to reduce pricing quoting the announcement by the Federal Government as a basis. The government needs to provide clarification on this. Thirdly, Generating Companies (Gencos) will again be starved of much-needed gas.

In the end, the Nigerian electricity consumer will suffer and the country’s hope of becoming a gas super-power will remain an illusion.

At present, Nigeria’s proven gas reserves stand at 206.5 trillion standard cubic feet (TCF) according to the Department of Petroleum Resources (DPR), whereas proven crude oil reserves are 36.9 billion barrels. By 2030, the DPR says Nigeria’s gas reserves will increase to 230TCF. This projection will be a mirage without increased investment to harness the abundant gas reserves.

Also, it is estimated that Nigeria will need circa $400 billion between now and 2050 to power over 25 million homes. Gas is critical to powering these homes because nearly 90% of power plants in the country are gas-fired.

If potential investors are muzzled with price control and poorly coordinated policies in the guise of reducing the cost of electricity tariffs how will the nation attract the necessary investment in gas to increase power generating capacity?

In addition, gas producers will be forced to sell their output in the international gas market since pricing is more favourable and revenue is in dollars.

There are several gas producers who have sourced funding in dollars based on certain price projections. The gas price reduction could derail their projections, impede their ability to repay loans sourced from banks and drive them out of business. Given that gas, infrastructure is funded in dollars but with revenues generated in Naira, government needs to provide viable concessionary infrastructure funding in Naira to further encourage investment in the upstream and midstream gas sectors.

Of even deeper consequence is the implication of more flares emerging across the Niger Delta because of poorly conceived policies. Oil and gas exploration companies have been flaring a lot of gas across oil-producing communities in the Niger Delta every day. And community dwellers like Esoke have been at the receiving end, often complaining that the flares cause heat, damage to the eyes and general health.

The willing-buyer -willing-seller approach or market-driven pricing regime is a veritable solution for Nigeria to fully adopt. Improper price regulations and subsidies do not support the robust growth of the gas and power sectors. This explains why the liquidity issue in the power value chain has continued to linger.

Vice President, Prof. Yemi Osinbajo indeed stated in 2019 that the willing-buyer- willing-seller policy is one of the surest steps to addressing Nigeria’s power challenges. Speaking at a town hall organised by Lekki Estates Residents and Stakeholders Association (LERSA) in Lagos ahead of the governorship election last year, Prof. Osinbajo said: “We have what we call the eligible customer declaration, which is, if you are able to generate power, you can sell your power on a willing-buyer or willing-seller basis”.

“We think that to solve Nigeria’s problem is not to rely on the grid, but to decentralise so that more power companies can produce power where they would sell at a tariff that will not be regulated. At the moment, one of the problems that Discos have is that the tariff is regulated, and it is not cost-reflective. In other words, it is not enough to cover the cost of distributing the power. So, this willing-buyer-willing-seller is one that we think will solve the problems. We believe that the way to go is this willing-buyer, willing-seller for industries, homes etc. ”, he said.