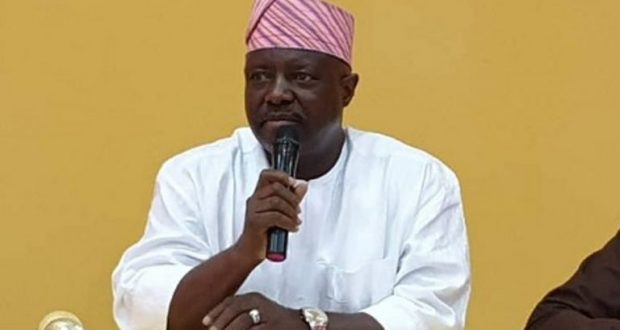 Musa stated this on Wednesday in Akure during a sensitisation programme on Community-Based Disaster Risk Reduction Plan on the dangers of pipeline vandalism and the resultant environmental pollution.

Represented by Director, General Service, NOSDRA, Mr Aliyu Rimgin, the director-general said that the Niger-Delta zone had been confronted with myriad of environmental problems threatening the ecosystem and livelihoods of people.

Consequent upon this, he stressed the need for promoting collaboration by all stakeholders in addressing the menace, for sustainable development.

Musa said the agency had developed a plan to create and sustain an interface with stakeholders to curb pipeline vandalism, which had resulted in adverse socio-economic, health and environmental conditions.

He commended Ondo State government for its commitment to environmental management as well as its support for the agency’s drive toward achieving zero-tolerance to oil spill incidents in the environment.

Also speaking, Gov. Rotimi Akeredolu said there was the need to proffer solution to the issue of vandalism, climate change and environmental degradation.

Akeredolu, represented by Permanent Secretary, Ministry of Environment, Mr Akin Asaniyan, said that the sensitisation programme being embarked upon by the agency would address daunting issues surrounding the environment.

Meanwhile, NOSDRA’s acting Director of Research, Mr Sola Oladipo, while speaking on the Oju Imole oil spillage in Ilaje Local Government area of the state, said that the agency had concluded investigations on the site, with all the necessary documents signed.

Oladipo said the next stage was to get contractor for the clean-up of the site, saying that this was already in progress.

He, however, said the responsibility of the impacted site would be borne by those who caused the spillage.

Oladipo said all the analysis and information about oil spillage on individual states were being monitored and attended to.

The stakeholders at the programme included: traditional rulers, selected people from Ondo South senatorial district, representatives of civil society organisations and security agents, among others.

The stakeholders commended the organisers of the programme, describing it as an eye opener.