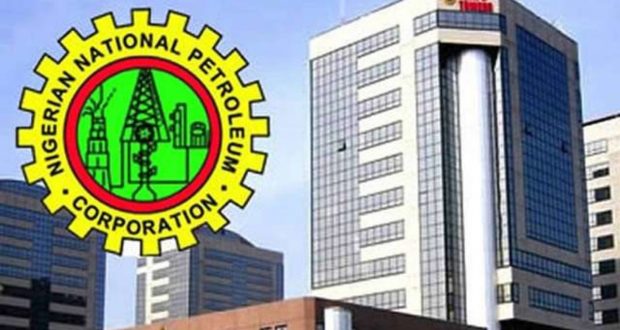 The Nigerian National Petroleum Corporation (NNPC) has signed a five-year agreement worth $1.04 billion with the African Export–Import Bank (Afreximbank), in a deal that has been described as the biggest so far at the ongoing Intra-African Trade Fair in Durban, South Africa.

This is just as the Group Managing Director of the NNPC, Mallam Mele Kyari yesterday predicted that crude oil prices may hit $100 per barrel mark in the coming months as global inventory tightens and the Organisation of Petroleum Exporting Countries (OPEC) continues to resist pressure to pump more oil into the market.

In terms of the NNPC and Afreximbank deal, it was gathered that it did not involve exploration of crude oil, but mainly for trade financing and export of the crude produced by the national oil company, although details still remained sketchy last night.

The $1.04 billion would be repaid to the continental bank with about 25,000bpd of crude oil produced by the state oil company.

It quoted the President of the bank, Benedict Oramah, as saying that the deal would benefit Nigeria, promising to fund similar projects across Africa.

The bank also signed a $250 million contract with an aviation logistics company, Blue Horn, to fund the upgrading of three airports in Nigeria and another $270 deal for oil exploration activities with Mars E&P.

The Intra-African Trade Fair (IATF2021) kicked off on 15th November with the the theme: “Building Bridges for a successful AfCFTA”, and has so far attracted thousands of visitors to the Durban International Convention Centre where it’s taking place.

Meanwhile, speaking on Bloomberg Television, Kyari also raised doubts about the ability of the producers’ group to ramp up production in the short term as investment in the industry continues to wane.

OPEC has continued to stick with its agreed plan since July, to release an additional supply of 400, 000 barrels every month to gradually return the cuts it embarked upon in the wake of the COVID-19 pandemic last year, despite promptings from the United States, India, Japan and other countries to supply more barrels.

Currently, the global oil market has a deficit of over 600,000 bpd, a development that has led to increase in oil and gas prices and bringing along attendant inflationary pressures.
We’re
Despite the over 1.6 million bpd allocated to Nigeria in September and October, the country was only to supply 1.399 million bpd and 1.354 million barrels in September and October respectively on the back of weak infrastructure and sabotage.

Speaking further, Kyari argued that the plan by the United States to release oil from its special reserves has to be very significant to make any long-term impact on global oil prices, explaining that although Nigeria has faltered in meeting its OPEC allocation, by the end of the year, the country may be able to hit 1.8 million bpd, excluding condensates.

“It’s very obvious that by the close of the year, we will get back to the 1.7 barrels to 1.8 barrels per day of crude oil. When I mention this figure, I am only talking about crude oil because we also produce condensates and when you combine, we can easily hit 2.0 million barrels by the end of the year,” he stressed.

The GMD reiterated that Nigeria was hugely impacted by its inability to restart the oil facilities after the COVID-19-induced shutdowns, emphasising that with the fresh clarity around the fiscal environment with the introduction of the Petroleum Industry Act (PIA), more investments were being expected in the country’s oil and gas industry.

“The fact is very clear, during the covid-19 pandemic, we shut down some of these wells and they usually don’t come back as early as we want them.

“Right now, we do have some challenges around the facilities and these are being taken care of. There’s enormous work going on that will get us back before the end of the year.

“There was some level of lack of clarity in our own fiscal environment and this is being sorted out by the passage of the Petroleum Industry Act (PIA) . And the meaning of this is that we are seeing very good traction with our key partners in the deep offshore asset development,” he mentioned.

He said the proposed release of the United States of oil from its special reserve could have some marginal impact on global oil prices, since supply is not matching demand, but added that the release has to be really significant to make any difference.

“Of course, it’s going to dampen prices for a little while, but because demand is growing and several economies are recovering, it may not be enough or sufficient to create that change that we expect. That means that we still see a situation of $80 in time to come.” Kyari said.

Probed further, he noted that if a situation arises when the United States bans export of its crude, prices would likely remain in the $80s, but less than $100, adding that $100 was still within sight.

Kyari stated that a number of issues, including financing, inability to quickly fill the oil supply deficit were responsible for OPEC’s defiance of calls to raise output, saying that it may not be realisable in the short term to pump more oil and fix the existing spare capacity.

On gas , he said: Yes, we are supplying more gas to Europe, but we are definitely in short supply from LNG because there are a number of issues concerning our gas supply. This is improving and we are taking a number of steps to ensure full production of trains 1-6 of the LNG and focus on train 7.

” For 2022, I see some kind of decline in our ability to supply to the market, but this is being mitigated. I am not sure we will be able to do full catch-up by the end of the year, but clearly, the forecast is about 90 cargoes of LNG to be out of the market, but we are doing everything to bring that number below 58 and that will be quite possible and that means more supply to Europe.”

As of 2020, an S&P Global document noted that Nigeria LNG exported around 300 cargoes of liquefied natural gas annually from the Bonny plant, representing about 40 per cent of global LNG supplies.

In the same vein, NLNG’s 6-train LNG facility, which has been in operation since 1999, has delivered over 4,700 LNG cargoes around the world.

Kyari noted that the oil and gas industry continues to remain in a state of transition, explaining that gas will play a major role in the energy supply mix in the future.

“It’s very obvious that the energy industry is in a huge transition. These are very exciting times. Countries are working very hard to meet the NetZero target in 2050, but some countries cannot make it as early as 2050. But obviously, the oil industry is adjusting, people are facing new realities and of course, the focus is changing.

“People are going for more gas development across the globe and also bringing on blue hydrogen. So much is happening and we as a national company see opportunities,” he stressed