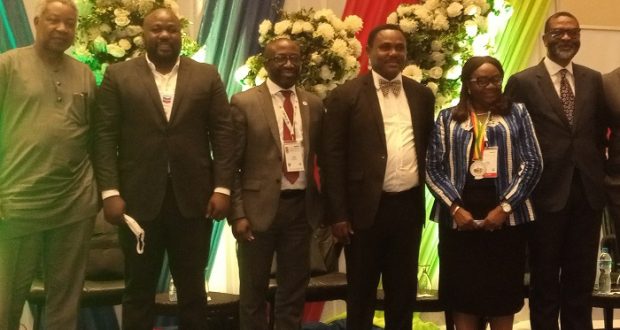 The President of the Nigerian Association of Petroleum Explorationists (NAPE), Mrs. Patricia Ochogbu has said that the discussions on countries transiting to less carbon intensive energy sources have been gaining momentum in the last couple of years, with world leaders advocating for a shift away from fossils as a critical strategy in mitigating the global climate crisis.

Moreso, was the fact that adverse global economic conditions occasioned by the COVID-19 Pandemic negatively impacted the demand and price of crude oil for most of 2020.

According to her this has come at a huge cost to the Nigerian economy which is dependent on the oil and gas sector for most of government’s revenue, and over 90 percent of total export earnings.

She said the Federal government declared the period 2021-2030, “The Decade of Gas. This initiative is designed to transform Nigeria into one of the world’s leading producers of gas and also a major consumer of the commodity.”

In furtherance to that declaration, the Federal government rejected the concept of a single pathway to Energy Transition and net zero carbon, opting to continue to explore and invest in the development of hydrocarbon resources while pushing for the use of gas as the transition fuel.

In the words of the Minister of State for Petroleum Resources, ‘’the federal government was adopting the concept of a ‘just’ Energy Transition which takes into cognizance the specific circumstances of each nation in developing the energy transition pathway that best achieves the environmental, social, political and economic objectives of the transition in that nation” she said.

Ochugbu stated that the objective of the workshop preceding the ongoing conference is to identify the challenges facing the Nigerian oil and gas industry in this dispensation of the new normal with regards to the future of gas in the energy mix and in the energy transition agenda of the nation in the coming period.

“At the end of the Workshop, a communique of the proceedings will be issued and presented the Federal Republic of Nigeria as our expertise contribution towards the actualization of the Federal government’s declaration of the decade of gas and its focus on driving a gas propelled energy transition agenda” the NAPE boss said.