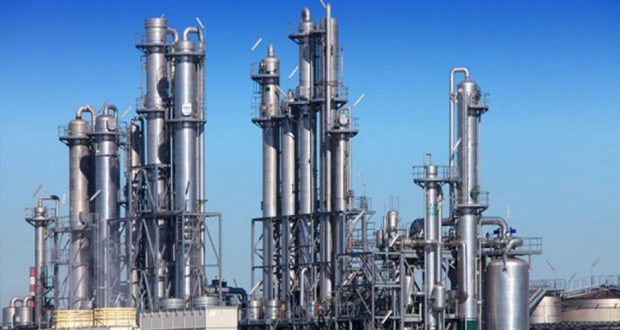 The planned withdrawal of fuel subsidy by the Federal Government by the end of the first half of 2022 is currently generating heated arguments among Nigerians and stakeholders alike.

While the World Bank has decried the continued spending by the Nigerian government on petrol subsidy, which it said is on track to gulp up to N2.9 trillion this year, the claims by the Nigerian National Petroleum Corporation (NNPC) that the country consumes over 60 million litres of fuel daily has been faulted by stakeholders.

According to an exclusive report by Daily Sun in June 2021, the huge subsidy figure is further compounded by the possession of 40 dormant refinery licenses by oil firms.

The DPR refinery license status report indicated that as at May 2021, a total of 68 refineries license and approval had been granted, out of which 40 are inactive.

Minister of Finance, Budget and National Planning, Zainab Ahmed, had during a panel session at the 27th Nigerian Economic Summit (NES#27) in October in Abuja. said that full deregulation of the of the downstream oil and gas sector would start by July 2022.

Though industry observers are in doubt of the full implementation of deregulation as the Federal Government had on several occasions claimed to have exited the subsidy regime, only to re-introduce the same when prices of crude oil begin to surge.

Ahmed said that the Federal Government would only cater for subsidy on petrol in the first six months of 2022.

The Nigerian National Petroleum Corporation (NNPC), which is currently the sole importer of petrol, has been deducting subsidy payments from oil and gas proceeds due to the three tiers of government since there is no provision for it in the 2021 budget.

“In our 2022 budget, we only factored in subsidy for the first half of the year; the second half of the year, we are looking at complete deregulation of the sector, saving foreign exchange and potentially earning more from the oil and gas industry,” she said.

But a management consultant/oil and gas policy advisor, Mr Micheal Faniran, said that the continued payment of fuel subsidy is a violation of the Petroleum Industry Act, adding that the president was not complying with the provisions of the Act and could be sued for that breach.

He said the money being spent on fuel subsidy for several years could have been channeled to infrastructural development that would impact positively on the living conditions of Nigerians.

‘‘Currently, the price of crude oil is over $80 per barrel which ordinarily should be good news for Nigerians, but the reverse is the case because the larger chunk of the country’s oil revenue is again ploughed back to subsidy which comes through petrol imports as a result of the comatose state of the refineries,’’ he pointed out.

He admitted that the immediate impact of withdrawal of fuel subsidy will translate to higher cost of fuel, assuring that as more players come into the market through healthy competition the prices would drop.

Faniran cited the case of the telecoms sector, saying at inception, only fewer Nigerians could afford to purchase the SIM card, but that today, SIM cards are even given out for free and in the cases where they are sold, it comes at a paltry sum.

He argued that the continued payment of fuel subsidy was not sustainable as the country’s debt services to revenue ratio are poles apart.

On his part, the Partner, Bloomfield Law Practice, Dr Ayodele Oni, said that he always felt that subsidy was a bad idea in the long term, for the electricity and downstream petroleum sectors.

Subsidy, according to him, encourages corruption and inefficiency in the two sectors which should thrive only on efficiency.

“Rather than have subsidy, government should set up well run social programmes for the most vulnerable and the poorest people as is done elsewhere. We need records, honesty and competence in public service and politics to achieve those.

“We also require strong institutions. If the electric power and transportation sectors work, reliance on petroleum products will reduce substantially. Then the debate around subsidy will weaken tremendously.

“Government should get to work and create a more enabling environment for the transportation and electric power sectors to work. Government needs to do much more in terms of policy, regulation, attractiveness and enforcement for things to work,’’ he advised.

But the President of the Petroleum and Natural Gas Senior Staff Association of Nigeria (PENGASSAN), Mr Festus Osifo, said that it would not support the Federal Government’s full deregulation of the downstream sector of the petroleum industry except domestic refining of petroleum products is guaranteed.

He insisted that the union would only support the deregulation of the downstream if the government is ready to develop local production capacity by rehabilitating the refineries.

PENGASSEN, he said, used to be a strong supporter of deregulation until the Federal Government began to fail in its promises, resulting in what he described as ‘trust deficit’.

He said: “We have spoken a lot about the advantages of deregulation, but have not talked about its disadvantages.

“There is no system in the world where you have a policy direction that has advantages without disadvantages.

“We have seen societies grow without capitalism, for example, China. It will be very difficult for government to transfer its inefficiency to the masses.

“If the refineries are working, I don’t think Labour would have opposed government’s plans to deregulate.”

Using the power sector as a case study, Mr Isifo explained that the way and manner the government had implemented deregulation in the power sector, has made the masses lose confidence in them and doubt the sincerity in its current plans to deregulate the petroleum downstream.

“Our position before was that government should deregulate, but fix the refineries.

“What Labour is saying today is that government should fix the refineries. If they are working, we will support deregulation.

“We were in this country when power was privatized. After privatization, the GenCos and DisCos were sold to friends of the government. They used the tax payers’ money to fund them.

“When things later were not going well and they started complaining, government again used the tax payers’ money to solve their problems.

“So, there’s the issue of trust deficit. Trust deficit is the greatest problem in this system.

“So, for us Labour, we are supporting deregulation, but the deregulation must be based on local production,” he noted.

However, the immediate past Chairman of Major Oil Marketers Association of Nigeria (MOMAN),Mr Tunji Oyebanji, noted that labour has been one of the major challenges to the attainment of planned deregulation.

Oyebanji who is the Managing Director/CEO at 11 PLC formerly Mobil Oil Plc, said that labour is not sure whether the government will consider the interests of the masses when it removes subsidy on petrol.

“There has been resistance from Labour which is fighting for the interest of the masses. And I understand their position.

“They are concerned about the inadequacy in local production capacity that has led to all of our products being imported.

“For Labour, there has always been a great concern about what happens with the subsidy.

“Once we stop paying subsidy, will the money recovered now be used in the interest of the common man?

“For the investors, when price is fixed, it discourages investment. Investments won’t come because people are not certain about prices,” Oyebanji said.

On downstream deregulation, he said, “NNPC remains the major importer of gasoline in Nigeria.

“We have heard a lot of pronouncements about deregulation. No access to foreign exchange for private importers.

“There is poor infrastructure in the downstream. There’s a lot happening outside Nigeria that we cannot fully apply here because of our margins.

“But we need to change the petroleum landscape by growing and developing the infrastructure, and by that, make Nigeria a hub for investments.

“There’s need for a balance between sustainability and the provision of value to Nigerians and the Nigeria economy.

“Deregulation will allow the market determine the prices itself.

“If Nigeria deregulates, it will not only become a net exporter of gas, but it will also be able to employ a lot of its teeming unemployed youths roaming the streets today,” he said.

He further explained that Nigeria would become a net exporter of gas if it can maximize the opportunities presented by the new PIA (Petroleum Industry Act) to deregulate the petroleum downstream, especially its pricing system.

Oyebanji strongly condemned subsidizing petroleum through borrowing, and therefore, asked for its removal.

“Our industry is very volatile. So, the need for deregulation is very imperative.

“It is better to have a situation where prices are responding to the market forces.

“You won’t even notice the daily changes. That’s the difference with having the market determine the price versus the government regulating the price.

“Hopefully, with the PIA and the encouragement coming, we will see more improvements in the sector which will help us become a net exporter as far as gas is concerned.

“There’s an argument for deregulation, and by extension, the removal of subsidy.

“Deregulation is aimed at improving business operations and removing regulated pricing system which would result in the growth of the oil and gas industry.

“It requires a strong regulator to enable a fair and effective price system in the industry.

“Borrowing to pay subsidy is not sustainable,” he said.