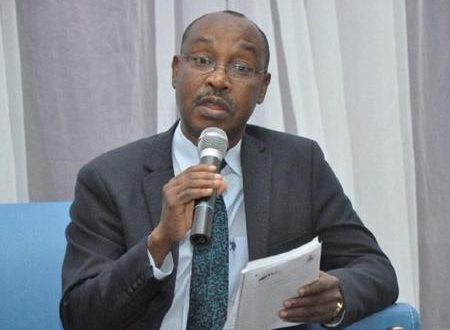 The programme would also transform availability of beneficial ownership information to respective stakeholders.

The Opening Extractives is a global programme designed to support national governments and stakeholders, to deepen beneficial ownership transparency and reforms in respective countries.

The programme was formerly launched on Tuesday in Abuja, by Dr Zainab Ahmed, Minister of Finance, Budget and National Planning.

She said the programme would ensure that government, industries and civil society actors, accessed reliable information on the ultimate owners of extractive companies.

Orji noted that governments and organisations both in developing and developed countries were strategising to lift the veil of secrecy over ownerships of extractive assets of resource countries.

He lauded participating countries, bilateral and multilateral organisations, especially BHP Foundation, for their commitment towards implementation of Opening Extractives in nine resource rich countries to the tune of 7.2 million dollars in the next five years.

The NEITI helmsman, who noted that hidden corporate ownership posed danger to collective developmental aspirations, said NEITI was however, working to expand its reports’ scope and deepen disclosures of beneficial ownership of Nigeria’s extractive assets.

He described the beneficial ownership transparency as a global norm of which Nigeria would not be left behind, given its experiences in the fight against corruption, insecurity, terrorism, money laundering and illicit financial flows.

Orji stated that the selection of Nigeria as one of the nine countries currently implementing Opening Extractives, was a direct acknowledgment and recognition of President Muhammadu Buhari’s administration’s commitment to beneficial ownership transparency reforms.

He recalled that Nigeria joined the league of countries with legal framework on the implementation of beneficial ownership transparency when the amended Companies and Allied Matters Act (CAMA) was signed into law in 2020.

The executive secretary explained that the act introduced mandatory disclosure of persons with significant control of the company in a register of beneficial owners.

He added that the President also signed the Petroleum Industry Act (PIA), which required Nigerian Upstream Petroleum Regulatory Commission (NURPC) to keep a public register of beneficial ownership of licenses, leases and permits, among others.

He urged governments across the globe to emulate Nigeria and put in place the required legal frameworks on beneficial ownership disclosures in their respective countries to end the regime of corporate secrecy globally.

The NEITI Boss, however, said it was bringing fresh perspectives by broadening the scope of its engagements with extractive industries stakeholders and finalising plans to rivitalising the inter-ministerial Task Team (IMTT), to address remediation issues in NEITI.

He disclosed that NEITI 2020 Reports- Oil, Gas and Solid minerals are now on final stages of completion, and shall be ready for release by the National Stakeholders’ Working Group (NSWG) before the end of 2021.

He said the programme would enable stakeholders to address governance risks related to hidden ownership, and also maximise revenues from the extractive industries.

Robinson added that technical assistance would be delivered by EITI and other partners who could advise on and help improve frameworks and systems, and the use of high quality ownership data through public registers