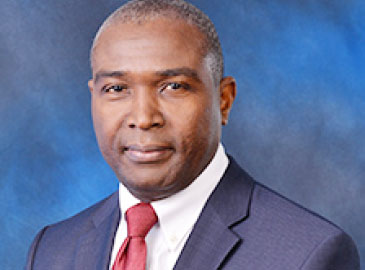 The Nigeria Liquefied Natural Gas (NLNG) Limited is making tremendous efforts to push down the price of domestic Liquidified Natural Gas (LNG) by increasing the volume of supplies to the local market to check shortages.

Speaking at the just concluded the 2021 Strategic International Annual Conference organised by the National Association of Energy Correspondents (NAEC) in Lagos NLNG Managing Director, Dr. Philip Mshelbila said that as part of the measures to support the Federal Government’s efforts to deepen domestic gas supply and economic growth, Nigeria LNG is reducing LPG exports and increasing supplies to domestic market.
Mshelbella said the NLNG boss who was represented at the occasion by Dr. Sophia Horsfall, Manager , Corporate Communications and Public Affairs of the organisation.

It was supplying 250,000 mt/year to the domestic market and exporting the balance of its output to Western markets.

NLNG, a venture involving the state-owned NNPC and Shell, Eni and TotalEnergies, produces around 7 million mt/year of LPG (propane and butane) from the six trains.

To meet the rise in the supply volume, NLNG said, it had increased the number of offtakers to 43 from the initial six contracted in 2007.

Nigeria’s domestic LPG demand is projected to grow to 3 million mt/year by 2026, from 1 million mt now, according to government estimates.

Group Managing Director of the Nigeria National Petroleum Corporation, Mele Kyari, said, Nigeria requires up to $2.7billion to revamp LPG and other gas distribution infrastructure in the country.

Oil producers have said they are prepared to channel investment in building the needed infrastructure to boost Nigeria’s domestic gas supply.

The managing director of Shell Nigeria Gas, Ed Ubong, said on Tuesday, that while much of the gas from Shell operated Gbaran-Ubie field which produces about 864 MMcf/d of gas is for export, the company is building infrastructure to deliver the gas to local industries.

Share about us
2021-11-08
admin
Previous: Shell Awarded $800 Million Worth of Contracts to Nigerian companies
Next: Nigeria: Why petroleum Industry Must be Fully Deregulated – 11 PLc Boss