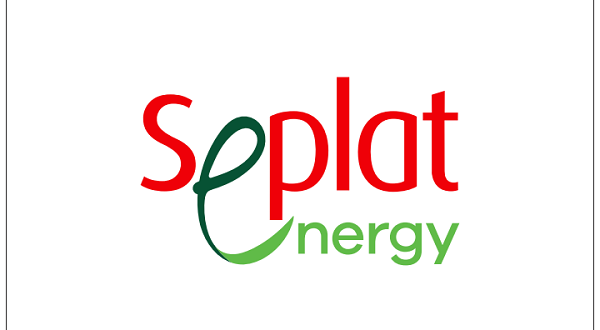 Seplat Energy Plc (“Seplat Energy” or “the Company”), a leading Nigerian independent energy company listed on both the Nigerian Exchange Limited and the London Stock Exchange, has reported a nine month (Q3) 2021 revenue of N182.7bn, representing a rise of 18.7 per cent year-on-year.

In its unaudited results for the nine months ended 30 September 2021, it also reported an operating profit of N62.6bn, representing a rise by 299 per cent year-on-year.

The company’s earnings before interest, taxes, depreciation, and amortization (EBITDA) also rose to N105.7bn from N71.9bn recorded 9M 2020, depicting a growth of 29.6 per cent.

Commenting on the results, the CEO, Seplat Energy Plc, Roger Brown, said: “Production has recovered strongly since the outage at Forcados Oil Terminal (FOT) and we have been averaging nearly 33kbopd liquids throughout October. Now that production has normalised, we expect production to be in the range 48-50 kboepd for the year, provided uptime on the Forcados Pipeline and FOT remains above the budgeted 80%. I’m pleased to report that our new wells at Gbetiokun are performing strongly, and we will soon commence drilling the exciting Sibiri prospect on OML40.

“We have taken the difficult, but practical decision to bring an end to the uncertainty of the Access Bank legal dispute regarding Cardinal Drilling Services, which completes the Board-mandated removal of Related Party Transactions. Although we maintain our previously stated position that legal action against the Company was wholly without merit, the risk of significant disruption to our operations and other opportunities from a long, drawn-out legal case brought us to a negotiated settlement with Access Bank. We have therefore acquired the four Cardinal rigs and we are now focusing on fast tracking their deployment in future drilling campaigns. `

“Our business model is robust, despite setbacks in the third quarter, thanks to the prudent and flexible approach we have taken to managing the business. With an increased focus on efficiency in our operations, improving uptime by opening up the Amukpe to Escravos Pipeline and driving further cost reduction across our portfolio, this will provide the bedrock allowing us to operate effectively in fluctuating commodity prices and generate returns for shareholders. I am optimistic that the coming year will be much stronger, with many of the problems of the past put behind us.

“After we set out our future strategy in July’s Capital Markets Day and launched our new corporate name of Seplat Energy plc, complete with its new branding, we are now focusing on building out and executing the energy transition that is right for Nigeria. A strong step forward will be when we bring on stream the ANOH project next year delivering more transition gas to an energy poor market, over reliant on expensive, high carbon-emitting electricity generated from small-scale diesel and PMS generators. Our three-pillar strategy is designed to ensure we balance carbon emission reduction with the essential social agenda for undeniably the most under-electrified, youngest and fastest growing population on earth.

● Gas production up 13% to 113 MMscfd, despite FOT impact on associated gas

● Revenue after adjusting for an underlift was $535 million

● Capex now expected to be $167 million for the full year

Liquids production has recovered strongly following the outage and force majeure at Forcados and after averaging approximately 33 kbopd liquids in October, we expect the Group’s full-year liquids and gas production to be in the range 48-50 kboepd, assuming 80% uptime. We expect to introduce liquids into the Amukpe-Escravos Pipeline in December, which will provide a secure and reliable alternative export route and reduce our reliance on the TFP, which has caused significant problems in the past. Following its successful funding, the completion of the ANOH project remains a major priority and we expect first gas to be achieved in H1 2022, at lower cost than originally estimated at Final Investment Decision (FID).