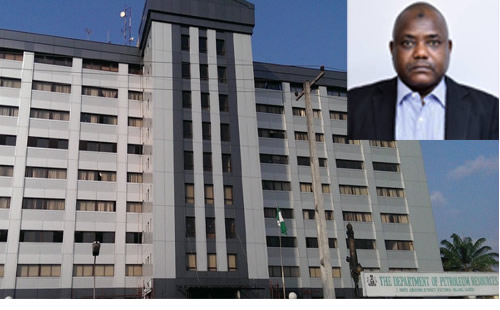 DPR, Others Advocate for Seamless Implementation of PIA

Auwalu made the call yesterday at the 6th Triennial Branch Delegates of the DPR Petroleum and Natural Gas Senior Staff Association of Nigeria, PENGASSAN, with the theme: “Petroleum Industry Act Prospects for the Nigerian Oil and Gas Industry.”

“We must remain focused, we believe in the ideas of PENGASSAN, the union makes us stronger. We are a team, and together we can achieve more,” he said.

In his presentation, the Executive Secretary of the Petroleum Technology Development Fund, PTDF, Dr. Bello Gusau, pointed out that some of the provisions in the PIA would transform the industry.

He expressed optimism that the provisions of the PIA would bring about specific changes to the oil and gas industry, adding that it will not be long from now before Nigerians begin to see effective changes.

According to him, “My initial reaction to the PIA was disappointment, how can a nation spend over two decades trying to do just one thing. On further reflection, I think this has turn out to be a blessing in disguise. Haven been part and parcel of this process for a long time, I can see the evolution of our thinking across the decades.

“The document that eventually emerged is quite different; it has brought specific and concise changes to the oil industry. We know that we have to change the business environment, we cannot afford to remain among the less in the extractive industry.

“For some of us that participated in unveiling this document, that is what informed virtually all the provisions that we find in that document. The challenge now is with the implementation, there are so many other Acts in this country that has been put together that are yet to realise their potential, it’s very important for all of us especially the key stakeholders to face one direction.

“In the shortest of time all the necessary provisions that we think are important will come to life and produce the kind of industry that is envisaged in the new law.”

Speaking in the same vein, President of PENGASSAN, Festus Osifo, said that the Act puts the nation at the front burner of industry growth, noting that it makes each industry accountable for its operations.

Commenting on the two million barrels of oil the nation produces per day, Osifo said it would take a while for the nation to realise the oil reserves it covets, explaining that the focus should be on how to fast track growth that will ensure Nigeria can produce four million barrels daily.

In his words: “If we continue our two million barrels per day, it’s going to take us several years to be able to produce the crude oil reserve that we covet. So that means that we should be looking on how to fast track to ensure that the two million barrels we have today, is moved to 4 million barrels. If we don’t do that quickly, we are going to be cut in the trap of energy transition.

“The bill has already been passed, we’ve accepted it the way it is today. Any aspect that is not really reflective of what it should be, overtime an amendment could be sorted out and the provisions could be amended.

“The bill in some aspects puts Nigeria first, as PENGASSAN we are Nigerians, if oil is found in Chad Basin it is Nigerian oil, we are not myopic, one of our strongest zones is Kaduna zone, we do not discriminate.”