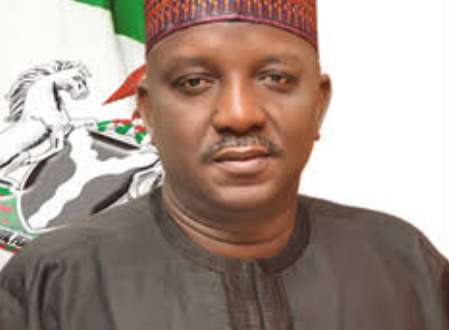 The Federal Government on Thursday announced that some power generation and transmission projects had been completed and were ready for takeover by investors.

It named the 700 megawatts Zungeru Power Plant and the 10MW Katsina Windfarm project as some of the facilities that were ready for takeover.

The Minister of Power, Abubakar Aliyu, disclosed this while playing host to the Nigerian-Arabian Gulf Chamber of Commerce at the headquarters of the Federal Ministry of Power in Abuja.

The minister in a statement issued in Abuja by the power ministry’s Deputy Director, Austin Asoluka, said the investment opportunities in the sector were enormous and encouraged investors to take advantage of this.

The statement said, “Aliyu, who further said that the ministry has a lot of potential for investors especially in the renewable energy, generation and transmission, (stated that) some of these have been completed.

“The Kastina Windfarm and Zungeru projects, for example, are ready for investors to come in and take over the operations.”

In May this year, the Federal Government announced that 700MW from the Zungeru project would be injected into the national power grid by December 2021

The immediate past Minister of Power, Sale Mamman, who announced this in a statement, had stated that the status of the project was 89 per cent completed as of then.

Mamman had said, “I am excited to announce that we will be injecting about 700MW of electricity into the national grid by December 2021 from the Zungeru Plant barring any unforeseen developments.

“Unfortunately, we were unable to deliver this project in December 2020 as planned due to the global pandemic which meant workers on site had to be away for the better part of last year.”

Also, in March this year, the Federal Government said it was set to inaugurate the 10MW Windfarm project at Lambar Rimi area of Katsina State.

Mamman, who announced the development via a tweet, had stated that the project was set for inauguration later in the month of March, although this did not happen.

Meanwhile at the meeting on Thursday, Aliyu asked the team from the Nigerian-Arabian Gulf Chamber of Commerce to make a detailed proposal to the ministry to enable the FMP to figure out areas of partnership with the chamber.

The President of the chamber, Mahmood Ahmadu, said their visit was to intimate the minister of the Dubai Expo 2021, as the ministry would benefit a lot by participating at the event.

Share about us
2021-10-08
admin
Previous: Plethora of Litigations May BePushing IOCs Out of Onshore Operations – Sylva
Next: FG Rejects Single Pathway to Energy Transition