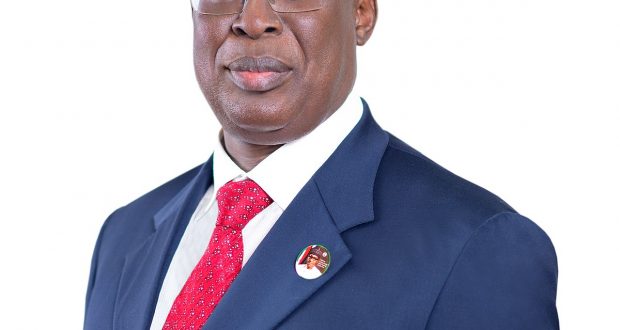 Plethora of Litigations May BePushing IOCs Out of Onshore Operations – Sylva

The Minister of State for Petroleum Resources, Chief Timprye Sylva has said that a plethora of court cases against some International Oil Companies in Nigeria are part of the reasons they are divesting their onshore assets.

The Minister who hinted this on Tuesday recalled that since the assummed office of office, it has been series of court cases against the IOCs
These according to him, are impeding the growth of the industry and this occasioned the need for a workshop with the judiciary so as to exchange ideas on how to stem the increasing series of litigations in the oil and gas industry.

He said this has made a workshop on the activities of the oil and gas industry apt, especially as the implementation of the Petroleum Industry Act (PIA) would provoke more court cases.

He described litigation as one of the major factors retarding the onshore operations of the country.

Sylva spoke in Abuja, at the 2021 National Oil and Gas Workshop for Hon. Justices and Judges.

The theme of the workshop was “Petroleum Industry Act New Legal and Fiscal Regime in the Nigerian Oil and Gas Industry.”

He said: “We must start from the judiciary because I can tell you that this is one of the weakest link in the oil and gas industry.

“When I first came in as Minister of State, someone told him. What he discussed was quite disturbing; he said he had a lot of cases in the court.

“He wanted us to support him to win the cases. What I realized was that was what was happening in the oil industry.

“The industry was taking oil companies to court. He said he had over 200 cases in court. And unfortunately, it has impeded the growth of the industry.

“And one of the biggest problems we have onshore in Nigeria is incessant court cases that revibrate across the industry.”

The Minister said PIA came at the time that the industry faces challenges arising, not only from the domestic environment, but from the wider international environment.

He noted that apart from the current COVID-19 crisis which caused the strongest recession experienced globally since 1929, the industry faces other critical challenges.

Sylva added that several nations have announced the intent to comply with the Paris Agreement 2016 and have adopted climate change policies with a target of being carbon neutral by 2050 or 2060.