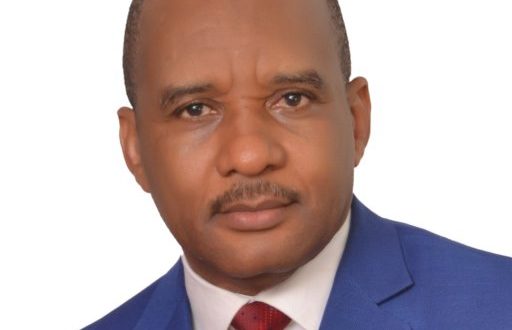 The Director-General of Nigerian Maritime Administration and Safety Agency, NIMASA, Basir Jamoh has described maritime as the blood of the nation and global economy without which there would not be global trade as it is known today.

Jamoh who gave his goodwill message at the 2021 World Maritime Day celebration organized by the Federal Ministry of Transportation with the theme: “Seafarers: At the Core of Shipping’s Future” held in Lagos, said, “Over the centuries maritime has been contributing tremendously to the wellbeing of our lives, but a little out of the people know that without maritime, the existence of the human lives might be more or less difficult. Maritime is the blood of global economy.

“Over 90 per cent of our own cargoes are being driven by the maritime industry and it is cost-effective, spacious and environmentally friendly, effective in performance and most importantly, they are much safer and these seafarers have ensured to provide comfortability to the lives of individuals.

The DG NIMASA reiterated the importance of Seafarers in the nation’s global trade and called for the prioritization of seafarers.

“The seafarers have become a huge significance in the daily lives of individuals and also a form of value in our transportation sector. Various stakeholders expressed their worries over the foreign dominance of indigenous seafarers despite challenges faced by these seafarers such as low and unpaid salaries by ship owners. They stressed the huge gap in the salary structure of the local and foreign seafarers despite doing the same number of duties and obtaining the same qualifications.”

Dr Jamoh stated that their organization has continued to merge paths with the International Maritime Organization IMO on all matters concerning seafarers. “Our role as a regulatory agency is to ensure that Nigerian seafarers are treated fairly by ship owners and employers through the implementation of approved conditions of service and agreed on collectively bargained agreement”.

Share about us
2021-10-07
admin
Previous: IPPG Commends FG on PIA and Seek for Security Over Oil and Gas Facilities
Next: Plethora of Litigations May BePushing IOCs Out of Onshore Operations – Sylva