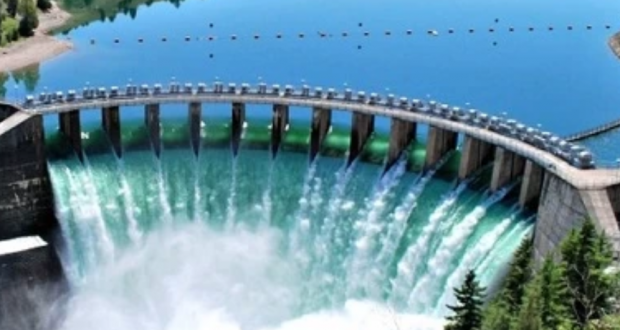 The Senate Committee on Local Content on Monday, received the report of the Financial Sub-Committee of the Mambila Hydro-Electric Power Projects (HEPP).

The Chairman of the Committee, Sen. Teslim Folarin, received the report in Abuja as presented by Mr Muhammad Mustapha, Consultant to the Senate President Ahmad Lawan, on Mambilla HEPP, Local Content.

Receiving the report, Folarin said that the sub-committee was an offshoot of the Technical Working Group (TWG) on HEPP Local Content inaugurated in June 2020.

He recalled that the Federal Executive Council had on Aug. 30, 2017, approved the contract on the project in the sum of 5.792 billion dollars for the construction of 3050MW.

The chairman said that the project was awarded to Chinese contractors JV (CGGC-SHC-CGCC), sited in Gembu, Taraba.

He explained that legal encumbrance had made it impossible for the takeoff of the project since then.

“However, we have made some progress; breakthroughs. But we are yet to report on it to the leadership of the Senate.”

In his presentation, the Consultant, Mr Muhammad Mustapha, said that the finance sub-committee was an offshoot of the North East Development Commission (NEDC).

“Under this, four committees were formed to develop the framework for the local content.”

Mustapha further said that the project was signed in line with the Presidential Executive Order 5 which stipulated that for every capital infrastructure project, a minimum of 30 per cent must be local content.

“This came about 1.7 billion dollars as the local content potential which is a very strategic focus for the development of the country.”

According to him, in line with this strategic coordination, there is a need for an interface between the major stakeholders which consists of the National Assembly’s approval for the loan and also the Ministry of Finance which is responsible for negotiations of the loan.

He further called on the Implementation Committee to work assiduously to meet the six-week timeline for submission of its own report as the project “is building a new political momentum toward implementation”.

Similarly, Mrs Maimuna Muhammed, the Liaison officer and Administrator for Hypertech, said, “We have a breakthrough concerning all the litigations about the project, all the delays we had before everything has been sorted out.

“Now we are ready to kick start the project. The next programme we are going to have is Business Roundtable, after that, we move to site”.