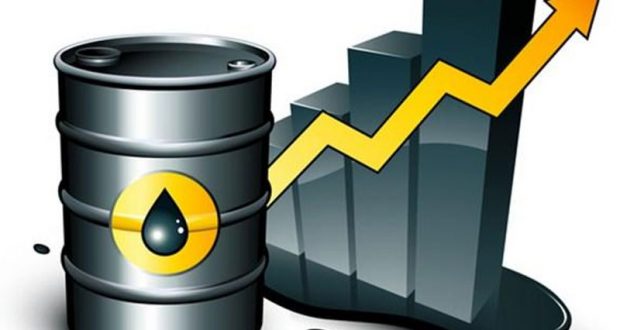 …………by Abisoye Shola……..
Vitol, a major global oil trader has projected that oil price could hit the roof before the end of this year. The company’s Group Executive, Russell Hardy has said that oil price may rise to $80 per barrel and even above before the year end

According to Hardy, the gas supply crunch will spur demand for alternatives, lifting crude oil demand up by an additional half a million barrels daily in the fourth quarter. This, in turn, could motivate a higher supply increase on the part of OPEC+, the executive also said.

“Can demand surprise us to the upside because of power switching? Yes,” Vitol’s CEO said. “Is it likely that there’s half a million barrels a day of extra demand that comes through because of gas pricing? Probably our view is, that is likely across winter.”

“All people are worried about is that we’re missing pieces of stock which we normally have,” he also told Bloomberg. “During the winter, demand for gas is massively higher than demand for gas during the summer. You have to store, there’s no two ways around it.”

Yet now that Europe’s stored gas appears to be short while demand remains high, a switch to another fuel is the most logical path as solar and wind fall short of demand due to the weather.

Hardy’s comments come on the heels of another couple of bullish predictions for the price of oil. Goldman Sachs yesterday said that Brent crude could reach $90 per barrel this winter if it turns out to be a cold rather than a mild one. If it is a cold one, it could lead to 900,000 bpd in additional crude demand, Goldman’s head of commodities, Jeffrey Currie, said.

According to Vitol peer Trafigura, furthermore, oil is set to continue rising next year as well. The chief economist of the commodity trading major said that Brent could jump to $100 by the end of 2022, driven by the continued recovery in global demand.

“Not just the price, but the level of backwardation we are seeing is telling us the market is hungry for oil,” Saad Rahim said during the virtual Argus Asia-Pacific Crude Forum on Thursday.

Oil demand worldwide has recovered enough from the coronavirus and the variants this year to put the oil market in a “much healthier place,” Rahim said.