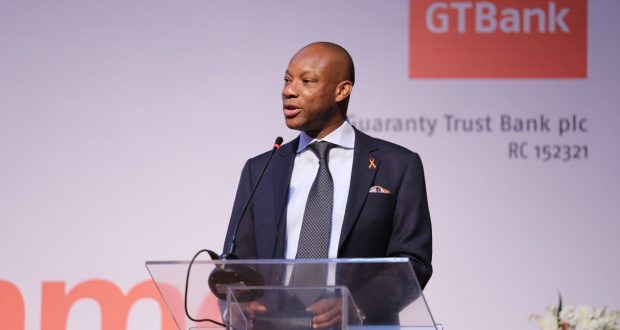 The Chief Executive Officer of the Guaranty Trust Holding Company Plc, Mr Segun Agbaje, has said that scarcity of dollars may Stall the sale of Shell $2.3 billion assets in Nigeria.

According to Agbaje Nigerian lenders likely do not have enough dollars to fund clients interested in acquiring assets of Shell Petroleum Development Company Limited.

Shell had said in May that it would exit its onshore oil position in Nigeria which the multinational no longer considers compatible with its strategic ambitions. Bloomberg reported that Agbaje made the statement at GTCO’s investor conference held virtually.

The CEO was quoted as saying, “Such a deal would require syndication of up to $1.8bn and it can be very tough to raise this kind of funding locally at the moment. “When I look at the books of Nigerian banks today, I don’t see a lot of dollar liquidity. It is becoming a very difficult deal for people to pull off.”

Nigerian banks, which in 2013 syndicated $3.3bn debt to Dangote Industries for a refinery and petrochemical plant and recently financed Heirs Holding’s $1.1bn acquisition of OML 17, have seen their capacity to take on such deals wane considerably.

A slump in crude prices and an economic downturn arising from the COVID-19 pandemic curbed dollar inflows into Nigeria and pressured reserves.

GTCO is seeking the Central Bank of Nigeria’s licence to set up a payment firm to cushion challenges in its core operations, Agbaje was quoted as saying by Bloomberg. He said that the company was awaiting the approval of regulators for an acquisition that would enable it to operate pension and asset management businesses.

“Our desire in the medium to long term is that the three new businesses will contribute about 30 per cent of group profit,” he said.

The company’s net income dropped by 16 per cent in the first half to N78.1bn (United States$189.8m) after interest earnings from loans and investment securities declined 22 per cent to N116.9bn