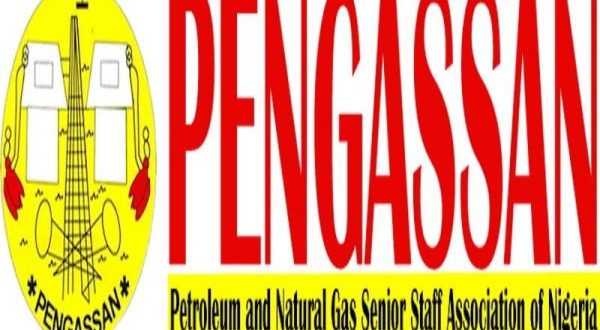 The National Executive Council (NEC), the Central Working Committee (CWC), Members and Staff of the Petroleum and Natural Gas Senior Staff Association of Nigeria (PENGASSAN), have written to President Mohammadu Buhari on issues bordering the current state of the nation’s security. In the letter they express displeasure over the detoriarating state of security in Nigeria particularly the recent security breach the Nigerian Defense Academy (NDA). The letter is thus,

Your Excellency,
OPEN LETTER ON THE WORSENING STATE OF INSECURITY NATIONWIDE
On behalf of the National Executive Council (NEC), the Central Working Committee (CWC), Members and Staff of the Petroleum and Natural Gas Senior Staff Association of Nigeria (PENGASSAN), we write to formally express our dismay and frustrations at the wave of unending security challenges facing our dear Country, Nigeria, and attempt to proffer solutions to this malaise.
While acknowledging the gallant efforts of our courageous soldiers and security personnel who sometimes pay the ultimate sacrifice in a bid to keep the rest of us safe, we believe that much more can be done especially in the provision of adequate equipment and boosting of the morale of the officers by significantly improving their welfare.
The harmful effects of kidnappings, killings and assassinations have directly impacted PENGASSAN as an Association as the lives of our members and the public have been put in danger. We have therefore, chosen this means to join millions of Nigerians to demand that you deploy the powers vested on you by the Constitution of the Federal Republic Nigeria to immediately put an end to the myriad of senseless and unprovoked killings of our brothers and sisters under whatever guise.
As a responsible Association whose activities are vital for the economic development of our dear Country, we cannot sit back and watch miscreants masquerading under the togas of ethnic militias, regional or religious armies destroy the only Country we can proudly call our own. We pledge our readiness to partner with you in your continued efforts to improve the security and general welfare of the Nigerian citizens.
Your Excellency, arising from an emergency National Executive Council (NEC) meeting where we painstakingly discussed the dire security situation in our dear Country; we hereby highlight some of the cogent recurrent security breaches and proffer solutions to this hydra-headed monster.
Specifically, we are worried about the increasing attacks by bandits and other criminal elements on Institutions in the Zones where majority of our members live and work i.e., Port Harcourt, Warri, and Kaduna. Recently States under Port Harcourt and Kaduna Zones were on the front burner with news of security threats, attacks, and killings. We must unequivocally restate the importance of these Zones to the economic development and industrial peace of the Nation and therefore must be protected at all costs.
Your Excellency, kindly treat this communication arising out of our NEC deliberations with utmost importance because as leaders in this important sector, we are finding it increasingly difficult to put our members in check as their restiveness regarding the growth and rise of insecurity across the country is getting out of control. Consequently, your fatherly disposition to the issues raised hereunder will go a long way to allay their fears and reassure them that their concerns are being handled at the highest level of Governance.

We also pledge our readiness and commitment to support your administration to reposition all vital sectors in your quest to bequeath a better Country to the upcoming generation.

PENGASSAN have observed with total dismay the bloodbath currently ongoing in Kaduna, Zamfara, Niger and Plateau states without any meaningful solutions in sight or significant Federal Government interventions. The Kaduna carnages is more worrisome given the fact that there are an array of military and para-military institutions scattered all over its nooks and crannies. Educational institutions in the State are also enmeshed in the murky water of the unending security threats in the land. Armed gangs have repeatedly struck some schools and universities, abducting more than 700 students. On Monday 31st of May 2021,156 pupils from a school in Niger State were abducted with a N110 million ransom tag placed. On August 3rd, 2021, another 25 citizens of Kaduna state were gruesomely murdered by suspected armed herdsmen. Again, on August 15, 2021, the Nation woke up to the unpleasant news of massacre of over 20 travelers with 40 persons still missing in Plateau. Also, coordinated attacks on communities especially in Plateau and Kaduna with farmlands and crops destroyed have since become a new normal.

OUR POSITION
We demand the declaration of a state of emergency and a total overhaul of all the security apparatus within the states of Kaduna and Plateau to wipe out all criminal elements especially in Southern Kaduna. We also demand that the States should be empowered with a special Police Force that will enable them take charge of security issues in their domain as the era of centralized policing is outdated. The States should be empowered to take charge of their security.

Your Excellency, we do not need experts from the Food and Agriculture Organisation (FAO) of the United Nations to predict that the prevailing level of insecurity plaguing the country will lead to acute food shortages this year and beyond. To further buttress the looming dangers ahead, farmers in states such as Benue, Plateau, Katsina, Nasarawa and Taraba cannot readily access their farms due to several security challenges. It is necessary to secure the farmlands and the farmers who work on the land as the aggregate food production by the local farmers is the bedrock on which our food security systems rests.

OUR POSITION
Our position therefore is that extreme care should be taken to offer all those engaged in all forms of food production the necessary protection to continue the assiduous work to feed the nearly 200 million mouths nation-wide. It is not out of place for the involvement of the Military in daily patrols to protect this important industry.

We acknowledge that unemployment is one of the most serious problems facing Nigeria like many other countries in the world and is directly responsible for the high rate of insecurity in Nigeria. We have an army of unemployed youth some of whom are graduates who constitute the highest demography involved in criminal activities.

OUR POSITION
For sustainable development to be achieved, the Government must urgently address the unemployment crisis facing the countrys youthful population, especially graduates to be able to adequately tackle its security challenges. While Government vision of paying stipends and daily feedings to school children and the aged is commendable, its implementation is questionable.
We suggest that Government should redirect most of these funds to other productive sectors such as sports and entrepreneurship development capable of catering for a larger population of the unemployed.

OUR POSITION
To overcome these uncertainties, it is our opinion that the various levels of Government should initiate programmes and policies that will gradually improve the ease of doing business in Nigeria and allow private investors with the resources and technical knowhow to invest in hitherto designated State-owned establishments. Governments role should be limited to regulating all the players and providing the enabling environment and security of investments.