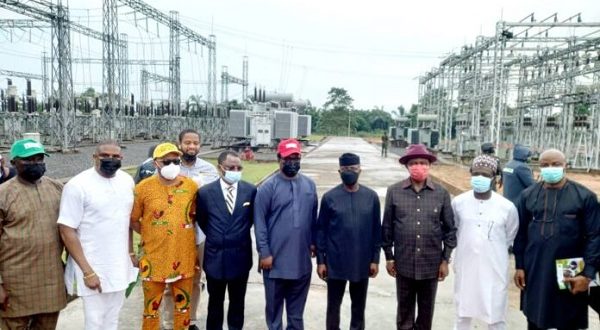 Osinbajo according to statement by the company, reiterated the federal government’s commitment to continue to create an enabling environment for businesses to grow, noting that for Nigeria’s economy to grow at the required rate, small businesses have to be supported by all tiers of the government.

He stated that the economy of Nigeria largely depends on efforts being made at the sub-national levels, which he said will lead to the great economy that Nigerians hope for.

“Anambra State revenue has increased from about N10.4 billion in 2014 to N26.37 billion as of 2019 and this is another 152 per cent increase in the state’s Internally Generated Revenue (IGR).

“The enabling environment and ease of doing business measures that have been implemented in Anambra State have seen it become one of the fastest growing manufacturing hubs in the country.

“Nnewi, which houses key local manufacturing companies including Innoson Vehicles Manufacturing, Tommy Tommy Industries, Chikason Group amongst others, is evidence of the entrepreneurial ability of the Nigerian people and the drive that is possible but also importantly the enabling environment that states can create,” he said.

He emphasised that the way the economy will develop is through small businesses powered by states and assisted by the federal government, pointing out that the industrial growth of the state happened despite power supply challenge.

The vice-president noted that the new substation was a direct measure by the government to address the challenge, saying that since the technical commissioning of the substation in November 2020, it has been in service providing 33KV evacuation capacity for at least 100MW of power through its two units.

“The commitment of the administration to ensuring the completion of the Awka NIPP 132KVA grid substation now provides a hitherto unavailable additional power capacity for driving industrial growth and boosting the economy of the state with positive knock on effect on employment and social-economic uplift for residents of the state,” he said.

Also speaking, the Anambra State Governor, Chief Willie Obiano, noted that the construction will greatly boost the industrialisation of the state, adding that with improved power supply to the state, many industries would save the cost of self-generation of electricity.

He stated that the newly commissioned shoe making factory and the cargo airport would be direct beneficiaries of the new substation.

Earlier in his welcome address, the Managing Director of NDPHC, Mr. Chiedu Ugbo, disclosed that besides the industries, about a million households in Awka and its environs would benefit from improved power supply.

He explained that the project was one of the several transmission projects conceived under the National Integrated Power Project (NIPP) being implemented by NDPHC as part of the effort of the government towards improving electricity transmission infrastructure in the country.

He explained that the substation was provided with six 33kV feeders to enable robust power evacuation to the following hitherto constrained locations of the distribution company’s franchise territory of Anambra State, including two premium new locations critical to the state government.

He disclosed that the company had recently completed a 32km of line with one unit of 2.5MVA and injection substation to the new airport in the state.

“The feeder from this Awka transmission substation will be supplying close to one million households spread over the urban and rural parts of this state including existing and upcoming industrial layouts, factories, markets and other critical state infrastructure”, he added.

On her part, the Managing Director of News Engineering, the contractor for the project, Josephine Nwaeze, disclosed that the project was executed solely by Nigerians and called on the government to make more projects available to indigenous companies to grow the economy.