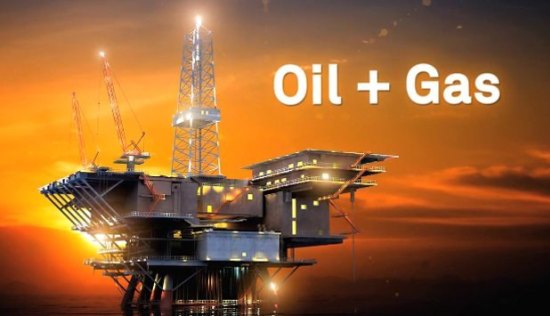 The Minister of State for Petroleum Resources, Chief Timipre Sylva has said that the new Petroleum Industry Act (PIA) is expected to attract into Nigeria an estimated foreign investment of over $25 billion from an expected $50 billion sub-Saharan oil and gas investment.

The Minister lamented that the absence of the PIA before now led to the Lost of the chunk of the $50 billion worth of investment in oil and gas industry that came into the sub- Saharan region the last 10 years. “Nigeria was able to attract only a meagre sum of $3 billion even when obviously we are the biggest player in the sub- region” Sylva said.

Speaking on Channel Television “Politics Today” the Minister said that with the signing of the PIB into law, Nigeria will be able to attract about $25 billion in the next tranche of the $50 billion coming to the region.

On the agitation against the 3 percent Fund for the host communities, Sylva said that the more investment comes into the Niger Delta the more the 3 percent will be appreciated. According to him the new PIA was fashioned in such a way that it will not scare away intending investors.

He maintained that investors are more interested on the laws governing an investment destinations before committing their money into an investment. He appealed to the agitators that the new petroleum industry acts may not be perfect but it is the way to go now and everything contained therein is subject to amendment.

Meanwhile in the early hours of yesterday President Mohammadu Buhari had at a ceremony on passage of the PIA, which preceded the Federal Executive Council (FEC) meeting, the President said the stagnation affected growth of the economy, citing lack of political will on the part of past administrations to actualize the needed transformation.

President Buhari said assent of the Petroleum Industry Bill on August 16, 2021, marks the end of decades of uncertainty and under-investment in the petroleum industry.

“We are all aware that past Administrations have identified the need to further align the industry for global competitiveness, but there was lack of political will to actualize this needed transformation.

“This lack of progress has stagnated the growth of the industry and the prosperity of our economy. In the past ten years, Nigeria has lost an estimated US$50billion worth of investments due to uncertainty created by the non-passage of the PIB.

“This administration believes that the timely passage of the Petroleum Industry Bill will help our country attract investments across the oil and gas value chain.

“In view of the value our Nation and investors will derive from a stable fiscal framework for the oil and gas industry, our Administration has found it necessary to work with the two Chambers of the National Assembly to ensure the passage of the PIB, ’’ he said.

President Buhari noted that signing of the bill was part of the administration’s commitment to building a competitive and resilient petroleum industry that will attract investment, improve our revenue base, create jobs and support our economic diversification agenda.

The President said as a “nation that depends on oil resources for the development of other sectors, Nigeria runs a Petroleum Industry that is governed largely by laws enacted over 50 years ago such as the principal legislation; the Petroleum Act of 1969 and other obsolete legislations.’’

He said the Presidential assent of the bill to “Petroleum Industry Act 2021” marked the beginning of the journey towards a competitive and resilient petroleum industry that will attract investments to support the nation’s Economic Recovery and Growth Plan.

“The “Petroleum Industry Act 2021” creates a regulatory environment that would ensure efficiency and accountability across the oil and gas value chain and reposition NNPC to a commercially driven National Petroleum Company that is accountable to the Federation.

“The Act also provides for a direct benefit framework that will enable sustainable development of Host Communities. I appeal to the host communities to look carefully at the contents of the Bill which in the implementation will bring real and lasting benefits to them.

“Furthermore, the Act provides for deliberate end to gas flaring which would facilitate the attainment of Nigeria’s Nationally Determined Contributions of the Paris Agreement through a funding mechanism to support gas flare out project in host communities,’’ he added.

President Buhari said the administration believes that the timely passage of the Petroleum Industry Bill will help our country attract investments across the oil and gas value chain.

While directing immediate implementation of the framework for the Petroleum Industry Act (PIA), he urged all relevant stakeholders to comply and reposition for full activation within 12 months.

The President said the Minister of State for Petroleum Resources, Timipre Sylva, will head the implementation team, urging all Ministries, Departments and Agencies (MDA) to adjust to the transition, designed to reposition the economy.

“To consolidate the commitment of this administration to delivering the value proposition of this law, I have approved an implementation framework commencing immediately to ensure the industry envisaged in the new law begins to take shape.

President Buhari commended leadership of the 9th Assembly for their continued pursuit of national aspiration and demonstration of mutual harmony with the Executive in the pursuit of patriotic outcome in passage of PIB.

“I also commend the entire team in the executive that worked tirelessly to ensure the delivery of this strategic legislation for our country. I thank Nigerians and other industry stakeholders for their contributions and support in achieving this historic landmark,’’ he said.