Home » FINANCING » NNPC Post $1.6 Billion in Export for One Year Between April 2020 and This Year. 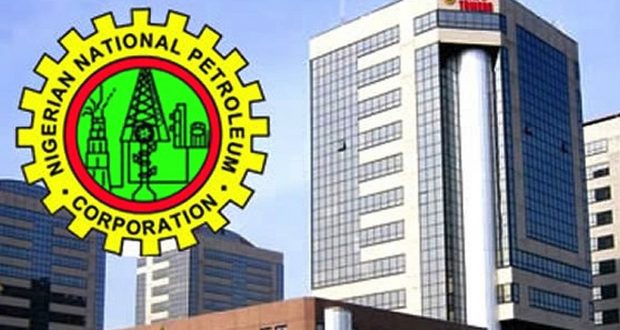 NNPC Post $1.6 Billion in Export for One Year Between April 2020 and This Year.

The Nigerian National Petroleum Corporation (NNPC) has recorded a total of $1.6 billion in export of crude oil and gas in one year between April last year, 2020 to April this year. This figure is contained in the corporation’s monthly financial report that was just released.

The report indicated that a total sum of N220.08 billion was made on the sale of petrol by the Petroleum Products Marketing Company (PPMC), a subsidiary of the NNPC, in April 2021 compared to N234.56 billion sales in March 2021, representing a shortfall of about N14 billion.

Total revenue generated from the sales of refined or white products, of which petrol constituted over 99.27 per cent for the period April 2020 to April 2021 stood at N2.157 trillion, where petrol contributed total sales valued at N2.141 trillion.

The NNPC did not offer an explanation why a paltry total export sale of $78.40 million was recorded in April 2021, decreasing by 57.99 per cent compared to March.

But it noted that the sales only contributed 5.38 per cent of its dollar transactions compared with $93.37 million contribution in the previous month.

“Proceeds from crude oil amounted to $1.89 million while gas and miscellaneous receipts stood at $68.91 million and $5.80 million respectively. Of the export receipts, $0.00 million was remitted to the Federation Account while $72.05 million was remitted to fund the Joint Venture (JV) cost recovery for the month of April 2021 to guarantee current and future production,” the corporation stated.

In addition, it noted that total export crude oil and gas receipt for the period April 2020 to April 2021 stood at $1.84 billion; out of which the sum of $1.12 billion was transferred to JV Cash Call as first line charge and the balance of $0.72Billion was paid into Federation Account as of April this year.

In the previous month of March, NNPC said its total crude oil production decreased by 5.87 million barrels or 12.95 per cent at 51.23 million barrels that month, with daily average of 1.65 million bpd when compared to January 2021 production.

National gas production in April 2021 decreased by 6.05 per cent at 209.27BCF compared to output in March 2021; translating to an average daily production of 6,975.72 mmscfd, while the daily average natural gas supply to gas power plants decreased by 6.16 per cent to 795 mmscfd, equivalent to power generation of 3,416MW, it stressed.

In the month under review, the national oil company disclosed that it remitted the sum of N128.74 billion to the Federation Account Allocation Committee (FAAC), adding that from April 2021 to April 2021, total remittances to the committee was worth N1.708 trillion; out of which federation and JV with government priority projects received the sum of N855.02 billion and N853.56 billion respectively.

According to the national oil company, a number of disruptions also occurred during its operations in the period under review, with one of the biggest being the loss of about one million barrels of crude oil due to a power outage which resulted in a shutdown.

In addition, the NNPC stated that operations at the Forcados was curtailed due to Seplat shutdown for planned repairs, while Pan Ocean Oil Mining Lease (OML) 147 shut in production to avoid tank top and also because of an industrial action that occurred during the period.

Furthermore, there was production shutdown due to maintenance in Yoho and Ima terminals, amounting to a 210,000bbls and 31,000bbls loss respectively, while a similar shutdown occurred in Akpo and Erha due to detection of gas at starboard riser and repairs of a critical pipe.

“Also Jisike was shut down due to industrial action by PENGASSAN. Cumulative loss of production within the period was 35,000bbls, 560,000bbls and 13,500bbls.