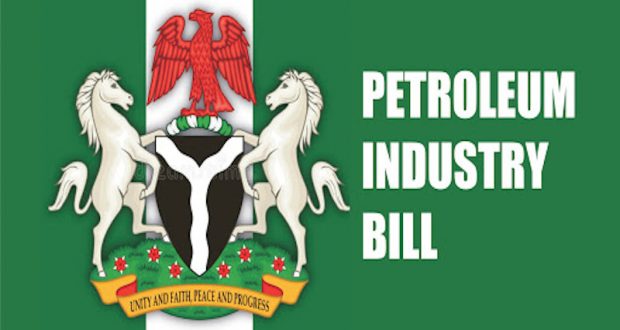 …………Prof Iledare says it is worthy of euphoric. celeberation……….
……..by Ben Ndubuwa……..
The signing of the Petroleum Industry Bill (PIB) into law yesterday by President Mohammadu Buhari has received commendations by experts who also call for caution over the agitation on the host communities fund. They appreciated the dissatisfaction being expressed in some quarters over the 3 percent fund for the host communities contained in the Law..

Professor of Petroleum Economics, Wunmi Iladare commended President Buhari for signing into law the PIB after 20 years of needless ruckus.

Prof. Iledare who is a Professor of Petroleum Economics and Policy Research and former President, Nigerian Association of Energy Economics (NAEE) said in Financial Energy Review social media platform that the President signing PIB 2020 into law is laudable. According to him it is a noble act that is worthy of euphoric. celeberation.

“Congratulations to the Presidency and the 9th National Assembly for bringing the wobbling PIB journey since 2000 to an end. I see in the Act, investment friendly fiscal framework with a well designed regulatory and governance institutions.

“The next phase is implementation without regulatory and institutional captures. One can hope for the appointments of competent professionals with diverse work experiences as members of the implementation Committee” he said

However, he maintained that although, he has no crystal ball, but that he is confident that the Act stands a good chance to enhance industry value to the economy.

Iledare who is also Ghana National Petroleum Corporation (GNPC) Professorial Chair in Oil and Gas Economics and Management at the Institute for Oil and Gas Studies, University of Cape Coast spoke from Ghana on Channel Television news hour yesterday night.

He recalled and paid tributes to former Nigerian OPEC Secretary, Rilwanu Lukman and Emmanuel Egbogah former African Regional Director, SPE who was among several other things Chairman of Emerald Energy Resources. These two according to Prof. Iledare were initiators of the PIB and were passionate about the PIB untill their demise.

On the agitation over the 3 percent fund for host communities by the people of Niger Delta Prof. Iledare appealed to the agitators that they can complement the PIB fund by drawing extra percentage from NDDC the supra interventionist agency that gets 2 percent from the oil companies.
He also advised them to draw extra percentage for the host communities from the 13 percent derivation to oil producing states,.

Professor Akin Oyebode, who is a professor of international law and Mr. Bismarck Rewane a member of the President’s Economic Advisory Council and Managing Director, Financia Derivatives Company Limited also commended President Buhari for signing the PIB into law.

These experts agreed that the 3 percent fund for host communities is meagre considering the environmental degradation within the host communities. The however said that it is better the PIB is signed now and the people of Niger Delta get 3 percent while still making demands for higher percentage in future amendment. According to them laws by themselves are not static.

They also pointed out that the federal ministry of Niger Delta and presidential amnesty programme are all devoted to the development of the region, apart from monthly federal allocation to states and local governments like the rest of the country.