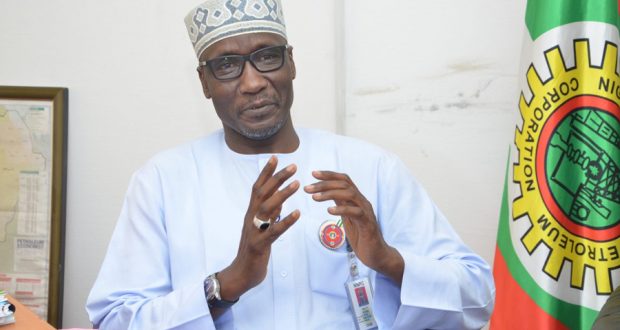 Host Communities to Get $500 Million Annually from New PIA – Kyari

The Group Managing Director of the Nigerian National Petroleum Corporation (NNPC), Mallam Mele Kyari, yesterday calmed frayed nerves among some indigenes of oil producing communities in the Niger Delta, maintaining that the three per cent approved under the new Petroleum Industry Act could be bigger than what the Niger Delta Development Commission (NDDC) currently gets.

Speaking when he appeared on Arise Television, THISDAY’s broadcast arm, Kyari noted that given about $16 billion total expenditure by the oil and gas sector last year, host oil communities could earn as much as $500 million yearly if the trend continues.

The new law mandates the payment of three per cent of oil companies’ operating expenses in the previous year to the host oil communities, which are mostly in the Niger Delta.

The GMD noted that whereas the oil-producing communities could not determine what projects would be located in their areas before now, from now on, the new legislation ensures that they largely control their funds and projects in the communities.

Kyari said although in the past there were attempts to make sure that oil companies provided for the host communities, it was not done in the right manner, even if carried out in the name of Corporate Social Responsibility (CSR) projects.

“And three per cent of your operating expenditure is a huge number. Many people argue around whether it should be 10 per cent or five per cent or three per cent. But percentage of what? I think that’s what most people don’t understand today.

“Last year’s operating expenses for the year was about $16 billion. Three per cent of $16 billion is a large number, somewhere around $500 million plus. That’s because in today’s context, it is probably bigger than the NDDC. That’s really what it is. That’s what you’re providing,” he stated.

He stressed that the signing into law of the new Act essentially means transforming from a law that is 54 years old to something new, saying that with the legislation, the NNPC would now operate under the Company and Allied Matters Act (CAMA).

“What this bill will do now is that in the very short term, within the framework of the petroleum industry act, within six months a new company will be incorporated. That means all liabilities and assets of this company will be transferred to the new company, not all of them.

“By the way, the bill is also very clear that some toxic assets of the corporation would no longer would be with the corporation, but the shareholders can decide to keep some of the assets and leave some within the corporation,” he explained.

Given the new scenario, Kyari pointed out that the NNPC would become more efficient, much slimmer and a much more commercial national oil company at par with its peers across the globe, pledging that the company will do better under the new arrangement.

He added that there was already a framework established by government, which would take care of the new transition within the timeframe of six months to incorporate and transfer assets, personnel among others.

The GMD noted that while he recognises that the NNPC is a national oil company operating in a resource-dependent country, with some obligations to the people, the new law would effectively mean the deregulation of the sector.

“The PIB did envisage that we’re going to have a market regulated petroleum market regime. And by the way, I’m sure you’re aware that only petroleum is regulated today. And every other petroleum product prices are determined by the market. And therefore the only one element that is not resolved today is petrol,” he noted.

While the new law envisages a fully deregulated market, Kyari stressed that a number of engagements have been going on to ensure a smooth transition.

However, he said when deregulation eventually happens, there would be safeguards against market manipulation to ensure the poor and vulnerable are not unduly exposed.

“The provision of the law is such that it recognises that subsidy will be out someday. But it didn’t say that we’ll do it tomorrow. So there are a number of balancing that we will do, there’s clearly a policy issue for government to say that I’m going to let go of this,” he explained.

Further commenting on the possible impact of subsidy removal on ordinary Nigerians, the NNPC GMD admitted that eliminating the subsidy regime could have adverse consequences on the ordinary person if not properly managed.

He said certain conditions needed to be fulfilled by government before the policy action is taken.

Among other things, he said there must be some arrangement to provide alternative for petroleum by making gas readily available to consumers at a more affordable prices.

He also said there’s need to put in place some structures that would stabilise prices to avoid exploitation of the ordinary people under the new regime.

“And therefore, those conditions and provisions must take place before you can think of exit,” he said.

Kyari said there are already ongoing engagements with stakeholders including labour on how to deal with the issue of subsidy in the new regime.

He said,”I think two things would play out, first of all, timing is everything in this conversation. When will that happen? Obviously it is not tomorrow and is there any engagement going on?

“Absolutely correct today because as we speak now there are a number of engagements that has been going on and there’s one element that is not resolved which is that will any removal of subsidy have adverse impact on the ordinary person?

“The answer is correct if you don’t manage it properly. And so what can you do about it. “

The NNPC GMD said, “With passage of the PIB into law, you must determine how you are going to transit out of this.

“Transition means you either set platform for market manipulation; do you have safeguards against potentially a transportation cost rises and is it going to affect some labour issues that you have to deal with? And so many other things that have happened in other jurisdictions.

“It’s not what you can do in one, three two months but obviously make up your mind that the market is going to determine the price of petroleum and then you must put up a process and that process is clearly determined by what us really practical today.”

He said, “As an insider, I know that Mr. President’s key concern around the price of petroleum is that how is this going to affect the ordinary person? How are we going to deal with it and what excuses do we have to make sure that we don’t sell at the prices we sell today and of course, this is a very obvious and germane concern but can you afford it?

“And that’s the other question we have to ask in the long term but in the short term those engagement must take place; the provision of the law is such that it recognizes that subsidy will be out someday but it didn’t say we will do it tomorrow.

“But I also agree as an insider that you do need to have some structures on ground to ensure that there’s no some form of adverse effects on the ordinary Nigerian and that includes stabilisation of how prices are fixed in the market so that you done have exploitation of the ordinary people.

Share about us
2021-08-17
admin
Previous: Customs to NNPC: Set Up Filling Stations in Neighbouring Countries to Tackle Petrol Smuggling
Next: NNPC Commits to Supporting NLNG