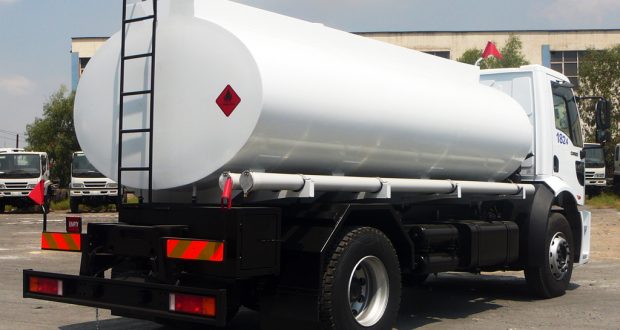 Hameed Ali, the comptroller-general of customs, has asked the Nigerian National Petroleum Corporation (NNPC) to set up filling stations in neighbouring countries to tackle oil smuggling.

Ali said this on Monday at an interactive session organised by the house of representatives committee on finance on the 2022-2024 medium term expenditure framework/fiscal strategy paper (MTEF/FSP) for ministries, departments and agencies (MDAs) in Abuja.

Nigeria has seen a surge in the activities of oil smugglers in recent times, impacting the nation’s economy.

In June, NNPC had said smuggling across the borders increased the consumption of premium motor spirit (PMS) to 102 million litres per day.

Abdulahi Saidu, a member of the committee from Niger, had asked Ali to explain the surge in oil smuggling leading to a daily rise in the consumption of PMS.

This, he said, would tackle oil smuggling and enable the country to make revenue and “completely diminish the anxiety or the penchant for smuggling”.

“We have also proposed to NNPC, if the price differential is the problem, we have our banks — Zenith Bank, GT Bank —operating in the West coast, what stops us,” he said.

“NNPC or Department of Petroleum Resources (DPR) should establish petrol stations in our neighbouring countries, and move these products at the cost that we sell, and sell to this people, we will make money, we have the market and by so doing we will completely diminish the anxiety or the penchant for smuggling.

“If a Beninese will get the fuel at the price we are getting and the cost of transportation, which is the minimal, there is no way he will wait for people to import to him at twice the price. We have made this proposal, we have made noise about it, no one seems to listen

“There is hardly anything we can do to stop the smuggling of fuel outside the country because they use the creeks, they use land borders, they use virtually everything possible, we cannot be everywhere, we must begin to think out of the box. We should extend our petrol stations into these countries. We should move these products there.

“If you recalled, when we closed the border, NNPC recorded a drastic drop in fuel that is being released to the public, and all of a sudden, we have opened four entrances on our land borders, and yet we have seen historical increases in terms of the quantity being reported as being consumed or released. This, I must say, we have a very porous border—a very lengthy border and very porous.

“Secondly, we have, by the aid of the NNPC, created so many filling stations right at the border, and Mr Chairman, these filling stations get daily supply, and when they get these supplies, they release the supply in the tank at night, and by the morning, it has been siphoned.”

Ali asked the committee to investigate the operations of DPR in granting licenses to filling stations 20km close to the borders.

“That is why we said, filling stations that are 20km of the border should not be given petroleum products. We must monitor DPR — are these figures really what are being released? This thing keeps going up and down,” he added.

“We had a series of meeting with the DPR, they said most of those filling stations at the border are illegal, so we said, give us the names and list of those illegal fuelling stations, then we will take care of the legal ones, three years after, we have not received one name.

“These are the problems. There is a law that says that no Nigerian fueling station should be established within 10km to the border. But DPR will do their survey, they will issue licences to people to operate there. Our concern is the inflow and outflow.”

James Faleke, chairman of the committee, rule that customs provide the panel with details of all petrol stations within the 20km of the borders.