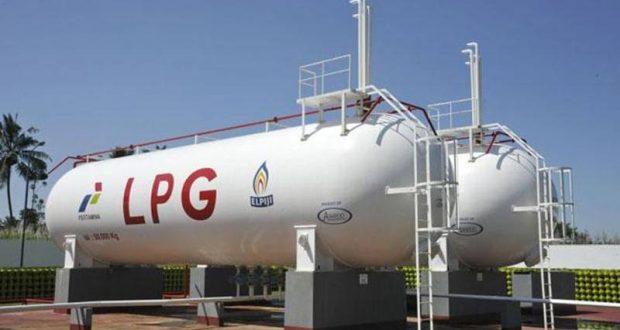 The Nigerian Association of Liquefied Petroleum Gas Marketers (NALPGAM), has appealed to the Federal Government to reconsider the imposition of Value Added Tax on imported LPG in the country.

Mr Bassey Essien, Executive Secretary, NALPGAM, made the appeal on Wednesday in Lagos,

The government had in 2019 gazetted the removal of VAT on Liquefied Petroleum Gas (LPG), also known as cooking gas, as a product to increase its domestic utilisation.

Essien said the reintroduction of the policy would further increase the prices of cooking gas across the country.

“It is unfortunate that the Federal Inland Revenue Service and the Federal Ministry of Finance have gone to resuscitate a product that has been exempted and gazetted from VAT.

“This was gazetted in 2019 and has encouraged domestic gas utilisation.

“Nigerians are already complaining about the prices of cooking gas across the country and this would further worsen the situation.’’

He noted that while government was desirous of expanding its revenue base, it should also consider the impact the reintroduction of VAT on importation of LPG would have in the country.

“The government has declared the Year 2021 to Year 2030 as the Decade of Gas in Nigeria with the goal of deepening gas utilisation.

“However, this goal will be defeated if cooking gas goes out of the reach of ordinary Nigerians due to the current increment in prices of the commodity.

He said more than one million metric tonnes of gas were consumed by Nigerians in 2020, with about 60 per cent of the product imported by marketers.

According to him, we import to augment the 350,000MT allocated to the domestic market by the Nigerian LNG Company Limited.

“So putting VAT on it simply means that Nigerians will pay more and if we go on this route, the price of 12.5kg might hit N10,000 in some parts of the country by December.’’

He noted that some users of cooking gas were gradually reverting to the use of kerosene and firewood with the attendant health implications.

“For me personally, I wouldn’t like us to be importing LPG. This is a country that has over 600TCF of gas. We have proven reserves of 206TCF.

“If you allow LPG to be imported without any restriction, it means you are not giving opportunity for upstream investors that will drill and get this gas.

”Nigeria gas is sweet and rich. Sweet means that there is no sulphur. Rich means that it is rich in liquid. Anywhere you see gas in Nigeria, you can extract condensates out of it which is another input to the industry.

“You can extract propane, then you extract the LPG butane. So it is this LPG butane that they are bringing in because it is easier to go and buy and sell it here, especially with no payment of VAT.”

According to him, the removal of 7.5 per cent VAT on LPG importation is a discouragement for potential investors in the upstream sector which transcends to double losses for the government.

“Government is losing through VAT and losing investors which are double jeopardy. So for us, it is a policy to encourage the inflow of investment in the gas sector,’’ he said.

Auwalu added that initiatives such as the Nigerian Gas Transportation Network Code and the Nigerian Gas Flare Commercialisation Programme were geared towards attracting investments to the industry.