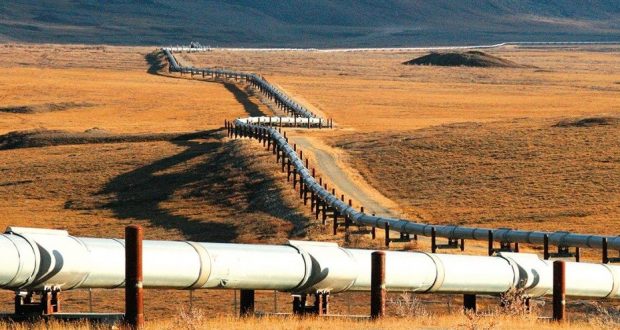 …………by Ben Ndubuwa………
The Minister of State for Petroleum Resources, Chief Timiprye Sylva has said that the Federal government is determined to encourage more penetration of natural gas and its derivatives for domestic utilization, power generation, gas-based industries and all aspects of national economy.

Sylva spoke at 44th edition of the Nigeria Annual International Conference and Exhibition (NAICE) of the Society of Petroleum Engineers (SPE), Nigeria with the theme: “the Future of Energy – A Trilogy of Determinants: Climate Change, Public Health and the Global Oil Market”

According to the Minister there is a scenario being projected by some energy experts which suggest that energy transition to low carbon energy sources would make the world a better living place with a cleaner climate. This, he said is also inline with the federal government’s thoughts, plan and purposes.

However, he stated categorically that Nigeria’s approach towards the climate-change-net-zero-emission debate is to optimize the use of its abundant gas resource domestically as a transition fuel option towards meeting nationally determined contributions on climate change.

Piqued by the wave of divestment by the oil majors in Nigeria the Nigerian National Petroleum Corporation (NNPC), Group Managing Director, Mallam Mele Kyari said at the SPE conference that the Corporation will soon develop a Comprehensive Divestment Policy for International Oil Companies ( IOCs) operating in the country to protect strategic national interest.

He said that the divestment was being driven by global energy transition which was making the IOCs diversify their portfolios to low-carbon investments.

Kyari however, said that energy consumption would increase beyond what renewable energy sources can meet by 2050 especially with the anticipated economic growth and rising population of Asia and Africa. The NNPC boss no doubt may have considered these two continents as big markets for Nigeria’s gas and obviously may surpass Europe and America that are pushing vigorously for net-zero carbon emission.

“Building on this convergence, Nigeria as a key player in global energy security is addressing its challenges mainly, Fiscal, Security and Cost Competitiveness to stimulate investments in the oil and gas industry.

“This include the recent passage of the Petroleum Industry Bill, the National Gas Expansion Programme and development of gas infrastructure such as the Ajaokuta- Kaduna-Kano (AKK) and the Obiafu-Obrikon-Oben (OB3) pipelines” Kyari said.

He reiterated Nigeria’s commitment to energy transition in the near future, adding that its huge gas resources would serve as a vehicle for the country’s transition to cleaner sources of energy.

Mr Olatunji Akinwunmi, the Chairman, SPE, Nigeria Council, said it was in the interest of the country’s oil and gas industry to be in phase with the rest of the world regarding energy transition.

Akinwunmi explained that novel technologies as well as digital transformation initiatives should help in the direction of reducing both emissions
and cost, which would render the industry products more accessible, more competitive, and more acceptable.

These convengence of analysis on the global drive for net-zero carbon emmission by both the public and private operators in the Nigerian oil and gas industry has brought to fore the need to avoid and calm the intractable storms of the ambitious drive for the AKK pipeline project that will metarphous into the trans-saharan gas pipeline being pursued by the federal government. For the Minister has stated that the ambition of the government’ is to build the pipelines. “And take our gas straight to Europe through Pipelines” he said. But with this new global energy order with a timeline of the year 2050. The time is short to embark on such humongous project and reap the desired benefit in the next 25 years from now.

The trans-Sahara gas pipeline is envisioned to run from Nigeria’s gas wells through the Western Sahara Desert to Morocco and onwards to Europe the supposedly target market for the gas pipeline project.

According to Sylva, Nigeria is building its portion and hoped to have it extended to Senegal and onwards to Morocco and other North African countries. Morocco shares boundaries with Europe once it gets to Morocco it will hook up with other pipeline system then to Europe.

“President Muhammadu Buhari and the King of Morocco are very committed to it and we believe that we will take it to an advanced stage” he said. Considering the socioeconomical importance of the intra-Nigerian conduit, especially to President Buhari who hails from the north, construction works on the AKK gas pipeline project started last year so the idea was really about finding a potential continuation thereof.

Sources from the Presidency explained that the pipeline is very “dear” to Buhari. Femi Adesina, his advisor on media and publicity said Buhari wants to see the project succeed.

But considering the fact that the entire Europe is in a hurry to transit to net-zero carbon emission what the government need to do is to expand the pact Nigeria had signed with OCP Africa which is expected to utilize Nigerian gas and Moroccan phosphate to produce 750,000 tons of ammonia and one million tons of phosphate fertilizers annually by 2025. By expanding this agreement Nigeria and Morocco can produce more 750,000 tons of ammonia and more than one million tons of phosphate fertilizer annually.

By this expansion more of the gas from Nigeria will be utilized to produce ammonia and phosphate and other end products for agricultural inputs that can be exported to Europe instead of exporting Nigeria’s gas to Europe. And this will see these products exported to generate the much-needed foreign currency.

Meanwhile, some government officials should be cautious of their public utterances and avoid the insinuation that the entire pipeline’s viability is fraught with risks as some officials may had inadvertently stated that if the federal government “can get it to Kano, it can (just as well) continue all the way to Algeria” This is not encouraging.

More fundamental and basic in this whole pipeline project is security., No matter whatever rationale and reasons being advanced some industry experts insist that pursuing and building a pipeline project across a sparsely populated territory that has become one of the hottest spots for international terrorism is like flogging a dead horse. Moreso is the fact of the fast moving train of the new global energy order of attaining a net-zero carbon emission in such a short period of time.

At the same time, the Algerian-Nigerian relationship can hardly be described as being so fantastic. It is said that in the late-2000s Algerian officials even went as far as to ask NNPC to prove its gas reserves, demanding a third-party assessment which, of course, was not received very well by Algeria’s Yar’Adua administration.

Furthermore, this project may heighten the dichotomy between two key North African countries. Simultaneously launching the same project towards two potential partner countries, Morocco and Algeria may further strain their relationship. Aggravating their long-standing dispute over the future of Western Sahara.

It is said that there is no way Nigeria can guarantee the security of the pipeline all the way through the territory of Niger and southern Algeria, a region as impossible to control as one can only get. And that Nigeria cannot even properly control its own territory with the Boko Haram insurgency remaining an ever-present threat after more than 12 years. These concerns have to be addressed. Nigeria need to sign security pact with these North African countries to ensure that the pipeline running through their countries are secured.

Second, the pipeline was initiated when gas prices were still predominantly pegged to oil prices and has not been dovetailed to the realities of today’s gas trading. Again the pipeline’s price tag was assumed to be huge with NNPC as strained as a national oil company, funding for such an adventurous project no doubt would be scarce.

The strained financial stature of NNPC is another weakness of the Trans-Saharan Pipeline, namely its reliance on Chinese financing. The federal government understand well enough that they need external sources of funding – that is why the Nigerian section of the pipeline was to be financed by the Bank of China and Sinosure, the two reportedly committing $2.6 billion towards the project.

This has prompted NNPC to start working on the AKK pipeline, presenting it as new form of a debt-equity financing model that could render it economically viably, up to this moment the Chinese money is yet to arrive. Sources are insinuating that Chinese financial institutions are reluctant to expose themselves too much with such a risky gas pipeline project. NNPC is said to be seeking out alternative potential project partners to help continue the project. This can be achieved by engaging Nigerian investors who can Build Operate and Maintain (BOM) these pipelines.

The Minister said that AKK gas pipeline is good for producers and the market because there are a lot of situations where gas is capped in the South and not produced because there is no market.

“But what we want to do now is to bring the gas across Nigeria, so that when you are now moving gas from South to North, all the people along that corridor can key into that pipeline.

“This is also good for the producer because he now has incentives to produce more. Before now, the gas in the South was capped but with this backbone, anybody can produce and link up with the AKK pipeline,” Sylva said.

According to him, the construction of the AKK Gas Pipeline will eliminate gas flaring completely in the country as it will absorb the remaining eight per cent currently being flared.

“Today as we speak on gas flaring, it is so much exaggerated. Gas flaring has been reduced to about eight per cent. We have taken down about 92 per cent of flares.

“Gas flaring is no longer the major problem of our communities today. There has been a lot of monetisation on gas.

“We also use some of the gas to spike the crude oil, so we have found a lot of use for gas which brought flaring down by eight per cent, but people still exaggerate it.

“Before now in my own community, I saw the flares in the horizon when I stood by the Atlantic, but today it’s no more.”

Mr Sylva urged communities in the Niger Delta to tap into various opportunities created by the federal government’s gas utilisation projects and stop complaining about the dangers of gas flaring which had almost been eliminated.

“Gas flaring is no longer a problem in the Niger Delta, eight per cent of gas being flared cannot be the problem.

“If I don’t know what to do with my gas that is when I flare, but if I can monetise my gas, why should I burn it when I can make money out of it.

“In fact, it is in my interest not to burn my gas because it now has value. The problem with gas before was that it has no value because nobody was buying it.

“But now, if I can monetise it, I will be guarding it so that I can get some benefits from it,” he added.